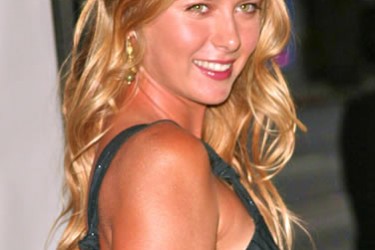 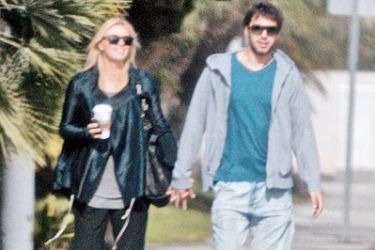 UPDATE: 09/04/2012: Does the world just seem right again today? It sure does for me. Why? Because the shocking and seemingly unreasonable marriage of Sasha Vujacic and Maria Sharapova is off. The couple apparently called it quits three months ago, but no announcement had been made. No shock since no media has interviewed Vujacic since 2008, but Sharapova admits to waiting for the question in a press conference at the US Open:

“I was waiting for someone to actually ask me that question, but nobody did directly … I have never really been the person to announce things. I never announced when we were together or never announced that we were engaged. I never have in any of my previous relationships, as well.”

So Maria Sharapova is back on the market and has gone through her break up mourning period. For guys out there who think the have a shot… 3, 2, 1,… GO!

04/03/2010: Since this post originally went up, our greatest fears in life have been confirmed. Maria Sharapova is officially engaged to Sasha freaking Vujacic. I don’t know how to properly express my rage on this fact. Someone tell me this is a big joke.

This is just awful news. Is Maria Sharapova dating Sasha Vujacic? Please. Just, no. I can’t take this.

Rumors have been swirling since November of 2009 that the couple is together when they were spotted, “cuddling,” at a U2 concert. These rumors were laterseemingly confirmed when the two were photographed in Los Angeles holding hands.

For those who don’t know, Maria Sharapova plays tennis, used to be the number one player in the world and won three Grand Slam events. Plus she’s ridiculously hot.

Sasha Vujacic is a douchebag who pisses off everyone outside the greater Los Angeles area. He’s apparently started pissing people off in the Los Angeles area with his piss poor play, including Phil Jackson, as evidenced by his paltry 7.8 minutes per game. 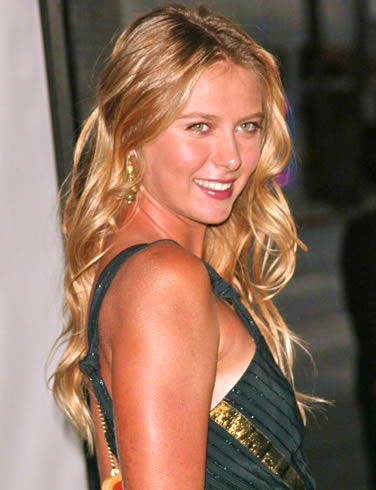