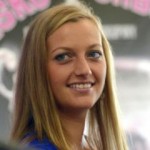 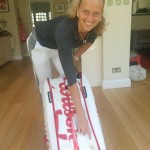 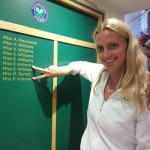 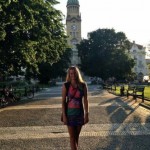 Let’s be honest, between Petra Kvitova and her boyfriend Radek Stepanek, the people are coming out to see Petra. The Czech started turning up the heat back in 2011 when she won at Wimbledon. Interestingly, she is still the first and only person born in the 1990’s to win a Grand Slam. That’s kind of weird isn’t it? You’d think the young guns would be all over the big tournaments.

Petra’s second Grand Slam was the Wimbledon again this year. She has a beastly overhand left and uses her six-foot frame like a slingshot. She’s also been criticized by a Czech politician for moving to Monaco, a tax-free principality on the coast of France. The name of the politician is Stanislav Huml, and he’s publicly said that she should be stripped of her citizenship for having listed Monaco as her place of residence in order to escape income tax. Looks like crafty Petra pulled one over on you, Stanislav, and I don’t like your complaining and whiny attitude. Maybe her citizenship should be decided on a tennis court. Step right up and see what happens.

I’m sure Radek Stepanek plays and practices with Petra regularly. He was actually ranked as high as 8th in the world back in July of 2006, but now he’s only a top 40 tennis player in the world. Unfortunately for the United States, nobody cares about tennis any more (according to the rankings). Our one saving grace is the marvelous Serena Williams, who continues to soldier on like a tennis terminator and crush everyone that stands in her path. It won’t last forever, and when she’s gone the US will have basically no one in men’s or women’s. Joe Posnanski has a great blog post that covers the downfall of American tennis, if anyone cares. Anyway, Radek used to date Martina Hingis and was engaged to her for awhile until they called it off in 2007. He has since nabbed the lovely Petra out of the 90’s youth bin. 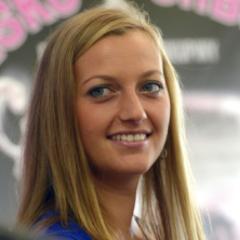