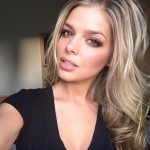 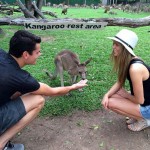 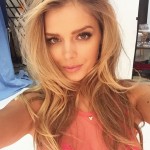 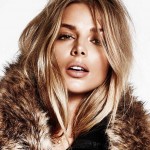 I recently watched a short video posted by TMZ of a paparazzi type guy legitimately holding the attention of Milos Raonic’s girlfriend Danielle Knudson for almost two minutes. I’m guessing that is not an easy thing to do as a paparazzi because you’re already seen as a kind of scab, even though famous people seem to have a love/hate relationship with this kind of attention. To top it off, Danielle was with a very close girlfriend of hers, which probably made the guy more nervous about asking her questions and talking to her about how she was mentioned by Justin Bieber.

The Justin Bieber thing was apparently big for her. What happened was young Biebs posted a picture Instagram of her that he’d taken outside a store and said “Who is this Guess model? She’s stunning.” Well, young Biebs, that’s Milos Raonic’s girlfriend Danielle Knudson, and yes she is stunning. There’s a reason she’s a top model. It’s because she’s really nice to look at. I guess if you’re a champ like Milos (currently ranked 6th in the world) you are in the same league as ladies like this. Danielle also seems to have a good head on her shoulders. I like her post about “Here’s to strong women. May we know them. May we be them. May we raise them.”

Just like Mr. Raonic, Danielle’s life is full of travel and cool activities. She gets to do crazy stuff all the time like “ice therapy,” in which you are put in a kind of iron lung cylinder, and liquid nitrogen is made to chill your body (or something). I saw a picture of her doing it, and she tagged it as “cryotherapy.” See, nobody knows what that is, but hot models who travel around the world get to try it out. Milos and Danielle also got to feed kangaroos at a kangaroo sanctuary. 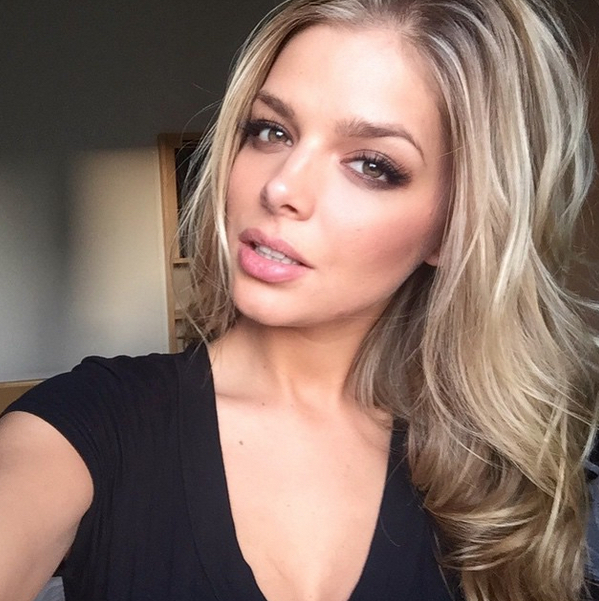