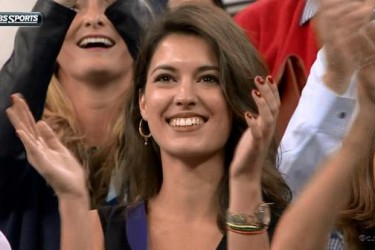 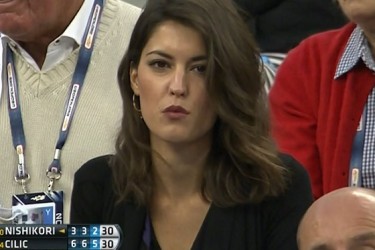 Marin Cilic’s girlfriend Kristina Milkovic has got to wait awhile longer.  Why?  Well because, if she wants to see a rock on her finger, patience is her friend. Marin has told a Croatian newspaper that he wasn’t planning on it at the moment. Croatian singlehood is sweeping the nation, apparently. Well, the man has known this beauty for almost five years, according to him.

Marin Cilic’s girlfriend Kristina is studying psychology in the grand city of Zagreb, the capital of Croatia. She was in attendance at Marin’s big win at the US Open in early September.  Actually, my friend happened to be there and told me the guy climbed awkwardly into the stands to hug her. Marin calls Kristina his private psychologist, available on-call 24 hours a day. This was an inside joke between them when it came to his coach, Goran Ivanisevic.  Marin says he had a lot of trouble understanding when it came to the psychological aspect of the game.

Apparently tennis pro’s get counseling on their psychological toughness.  Staying sharp and focused matters in professional sports.  How bout that?  I don’t know about you, but if I was a hyper-competitive tennis pro, I would have no problem with the psychological aspect of the game (or at least I like to think so). Just swipe the racket at the ball and crush your opponents.  But, Cilic somehow manages to do in true Eastern European fashion.

Speaking of coaches, Marin’s coach Goran Ivanisevic is apparently quite the ladies man himself. Larry Brown Sports recently made the joke that Marin Cilic’s girlfriend may get swooped off her feet by Ivanisevic.  But, you never know with these tennis guys. One day he’s trying to tell Marin he’s got to be more psychologically tough, and the next he’s telling him he’s way too tough and should take a nice long vacation by himself. For the time being, Marin’s girlfriend Kristina is very happy Goran came along and whipped this fella’ into shape. 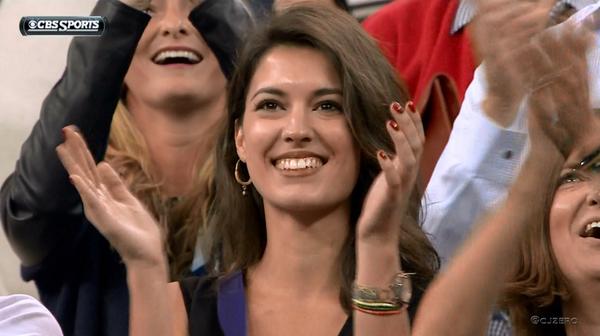