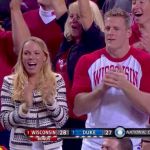 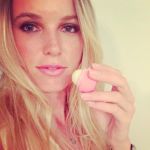 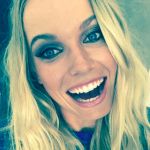 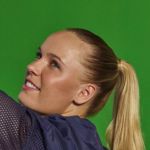 JJ Watt’s girlfriend Caroline Wozniacki is now off of the Ryan Kerrigan Train and looks to be on the Watt Express. We posted back in December about Caroline and Kerrigan being seen together and going out, but now it seems that is over. Kerrigan was apparently saying the two were just friends, but that’s a little tough to believe. I think Kerrigan or Woz probably just didn’t want to get into a real relationship. It was likely Woz who put the brakes on, feeling like she wasn’t ready after her breakup with Rory McIlroy.

We talked about this only a few months ago so I won’t harp on it, but McIlroy dumped JJ Watt’s girlfriend Caroline Woznicacki in brutal fashion– breaking off their engagement via a call on the telephone that took less than three minutes. McIlroy then won a bunch of golfing tournaments. Anyway that’s deader than dead at this point. I wonder now if Rory showed up at Caroline’s door and asked her to give him a second chance, would she take him back? My guess is she would not, and now she could call her rumored boyfriend JJ Watt to smash through a wall and rescue her from such scenes. This dude is an absolute monster– a 6’5″ 290 pound wrecking ball who had 20.5 sacks last year and 20.5 sacks in 2012 (you read that correctly). Rumors started flying when the two showed up at the 2015 NCAA Men’s Basketball Championship together, where JJ’s alma mater Wisconsin took on Duke. They’ve since been photographed together, but nothing is officially official yet. I’m just waiting on Caroline or JJ to post a picture of themselves together on their social media accounts to make it, you know, social media-official. I certainly think there’s something to that when someone posts a picture of themselves with the person they’re dating. It’s like saying “this is now a viable chapter in my life.”

The Woz has been busy recently. She apparently played Barack Obama in tennis (there was a picture of them hugging at the court with rackets). She also met Justin Bieber, visited the white house, did some modeling shoots, and went to Indonesia. I think she looks a lot like Heidi Klum. She’s a super catch. 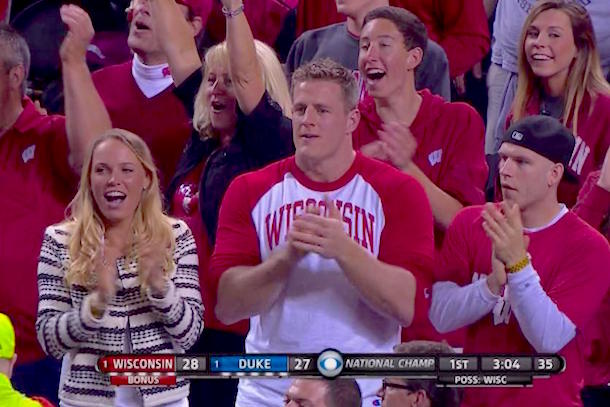