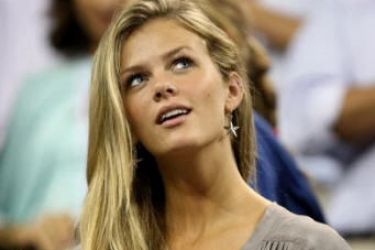 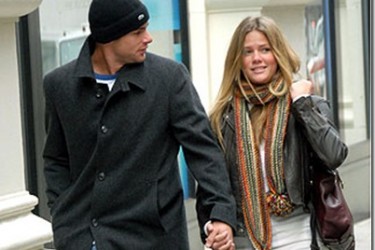 Andy Roddick’s wife Brooklyn Decker was born August 3, 1987. Decker has been a prominent figure in the Sports Illustrated Swimsuit Issue in recent years, appearing in the 2005, 2006 and 2007 issues.  She has also modeled for Teen Girl, Cosmopolitan, FHM, Glamour, Gap and Victoria’s Secret.  She has also appeared in music videos for Jimmy Buffet and 3 Doors Down, as well as a brief cameo on the NBC show Chuck. The two were first rumored to be dating when Decker was in the crowd during the 2007 Davis Cup final supporting Roddick.  In March, 2008, Roddick announced their engagement on his website.  The two were married in April, 2009 where they had a star studded reception, capped off by performances from Elton John.

Andy Roddick used to date Mandy Moore.  Apparently Entourage knew what they were talking about when they showed Vince becoming obsessed and subsequently downtrodden from his former love,  Mandy Moore.

According to the Chicago Sun Times, Roddick became obsessed with the engagement between Moore and “rocker” Ryan Adams.  They speculate that it was a driving force between the rapid engagement to Decker.  They also relate stories from “anonymous sources close to the situation,”  which suggested that, Roddick scoured the press for any story of the Moore/Adams relationship.  He would routinely buy every tabloid and celebrity rag to look for mentions.  While Decker confided in friends that she thought the obsession was “sick,” it apparently wasn’t sick enough to keep her from walking down the aisle.

Andy.  Guy to guy here.  Trust us:  You’ve upgraded.  Big time.  You have your choice between SI Swimsuit/Victoria’s Secret model Brooklyn Decker, and the broad who tortured us for a summer with an even worse rendition of the perpetually annoying teen anthem “Candy.”  Come on… that’s no contest. 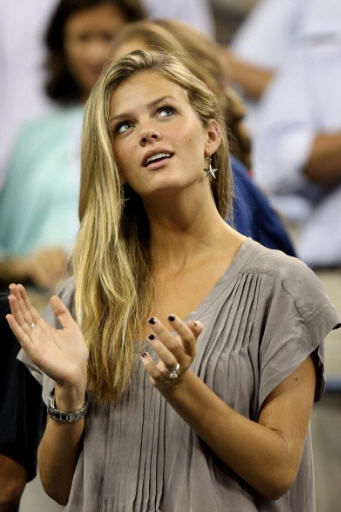