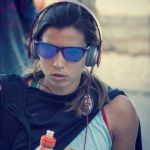 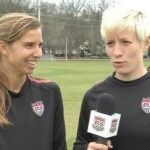 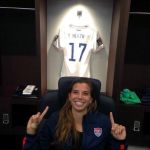 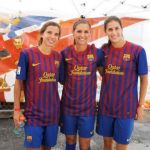 Let’s cover what we do know of Tobin Heath’s boyfriend. Um, well unfortunately that’s all we know… that’s she does in fact have a boyfriend. Well, that’s not entirely true actually. According to her Facebook page, she’s been dating someone since at least July 2011 (when she joined the site). We’ve read that it’s likely to be a current or former men’s UNC soccer player. However, we have also read rumors saying that this mystery person may in fact be Tobin Heath’s girlfriend.

Obviously, it’s certainly possible that Tobin Heath is gay. Frankly though, it seems that there are these types of rumors floating around for 95% of the female players we cover. That said, they’re often correct – just look at Elena Delle Donne. So for now, the identity of Tobin Heath’s boyfriend remains a mystery.

Back in 2009, Tobin Heath was in her senior year at North Carolina. She was called up to the national team to play against Germany. Tobin forced out of the lineup after coming down with an illness. Month after month, there was no improvement. Doctors could not figure out what was wrong.

Thankfully, after about 5 months, things seemed to resolve. The Atlanta Beat of the Women’s Professional Soccer League selected Tobin #1 overall. The brief period of health didn’t last long. She suffered an ankle injury just a few games into her pro career. The injury eventually required reconstructive surgery. Given all this, it’s probably a miracle that she was even able to play in the World Cup. She was used as a sub in a few games, but clearly was still rounding into form.

Heath currently plays for Portland Thorns FC. She previously played for Sky Blue FC, and collegiately at North Carolina. She is just the next in a line of many successful players from that school, following those such as Mia Hamm, Kristine Lilly and fellow national teammate Heather O’Reilly. 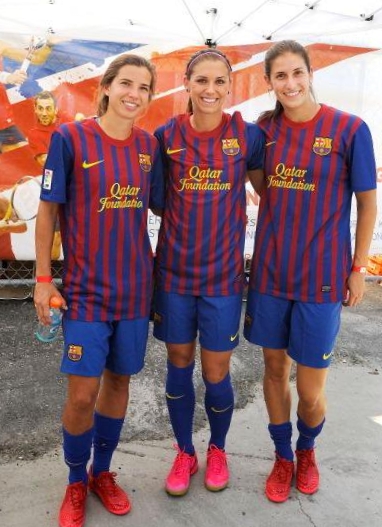