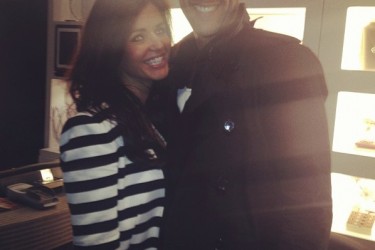 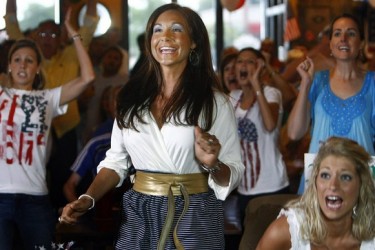 Tim Howard’s wife Laura Howard is a Tennessee gal, and the couple live in Memphis in the summer and when Tim’s not playing in England for Everton. Their two kids Jacob and Alivia move around with them too. Back in 2010, Laura would get together with her friends and family to watch the USA games at a bar called The Flying Saucer Draught Emporium in Cordova, TN. Laura’s family is extremely large (she has 24 cousins, and most of them come to the games at the Flying Saucer).

Tim’s a goalkeeper for the US squad, which is at times like being a gambler because it seems like the goalies are just guessing which side of the net the opponent is going to choose to kick the ball into, whereby the goalie just lunges toward that side. We’ve all seen those goals when the goalie picks the wrong side and dives away from the ball. Anyway, I’m not a professional soccer goalkeeper so don’t take my word as gospel. Tim grew up in North Brunswick, New Jersey. It’s a very suburban place, around an hour outside of Manhattan and maybe a 45 minutes from Jersey City. Apparently Tim was talented enough at basketball to get drafted by the Harlem Globetrotters. All that soccer work might’ve been an asset since they do knee and footwork on the Globetrotters.

Howard played briefly for Manchester United back in 2003 and did fairly well for awhile before seemingly losing his confidence after a few tough breaks. He got dropped from MU and signed for about 3 million pounds on Everton. A weird thing happened in the 2011-2012 season: Howard was “clearing” the ball, which is kicking it hard to get it out of the defending zone, and he managed to kick it 102 yards and score it on the other team, who was already beaten. This is apparently a really rare thing because only four guys have done it in a Premier League match since 1992. 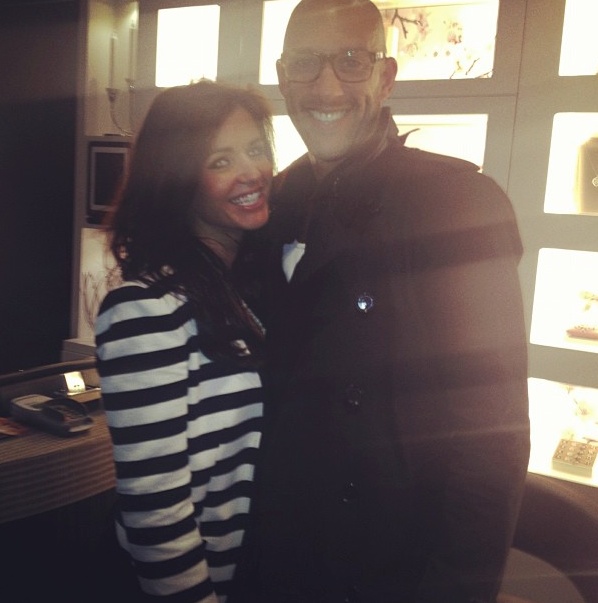