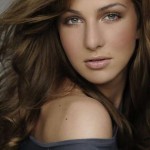 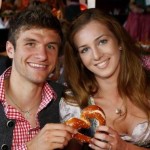 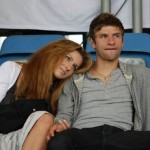 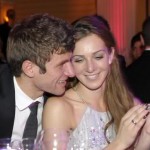 As a fan of America soccer, I am extremely jealous of the youth system that Germany has created. They continuously turn out world class players and are always in the mix to win a title, whether it be in the Euro tournament or at the World Cup. Even though it seems like he has been around for ever, Thomas Müller is just 23 and a prime example of the talent that Germany has. The German players also land their share of talent off the field, and Thomas Müller’s wife Lisa is no exception.

Müller has had a lot of success early in his career, both with the German National squad and his club Bayern Munich. His success on the field has arguably been matched by his success off it. Lisa is incredibly attractive and Thomas wasted no time in realizing it. Thomas and Lisa were very young when they started dating, and he proposed on Christmas Eve in 2008 when they were only 18 years old. They waited about a year and were married in 2009 at the registry office.

Lisa is a model (because of course she is, as that’s the only women soccer players are allowed to date). She also has an affinity for horses, which she shares with her husband. What she doesn’t share with her husband is a love for soccer. Lisa has said she doesn’t know much about the sport, and therefore finds it boring. Despite that, she appears very supportive of her husband and the two keep in touch frequently while he is away. 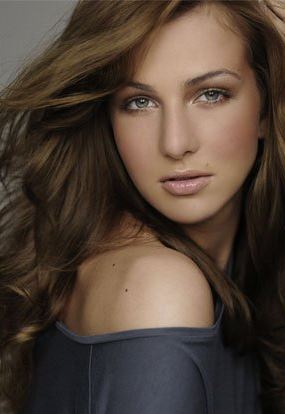