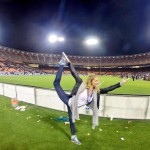 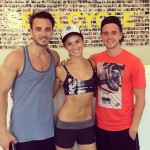 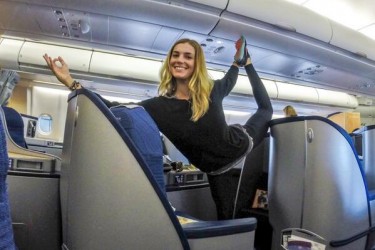 Stuart Holden’s girlfriend Karalyn West is a model and yoga instructor who loves to strike ballerina-like yoga poses in places like airplanes and soccer fields. They make for interesting photos on twitter. Her page is littered with her grabbing her leg and pulling it behind her head. Whatever works for you, Karalyn.

Karalyn, who hails from Columbus, Ohio, was a model on Project Runway back in season 5. That was back when the show had a meta-show inside the larger competition where the models would compete for a spread in Elle Magazine if they were the last ones standing with the winner of the show. Alas, Karalyn placed 7th. As of March of this year, Karalyn and Stuart are engaged. Pop the bubbles, and save another bottle in the hopes that USA can make some headway in the World Cup. Stuart spent a few season on the Houston Dynamo before getting shipped to the Bolton Wanderers, who used to be a Premier League club but were relegated in 2011 after finishing 18th.

The weirdest thing about Stuart is that he was a professional Counter-Strike player (that’s a computer game). He says of his counter-strike career, “When I first started playing football professionally it all started to come out and I was a bit ashamed of it. I tried to hide it but eventually I’ve just started to embrace it. There’s nothing I can do. I’ve deleted it off my Wikipedia page about four or five times and someone just keeps putting it back up there!” This is sort of odd, and I guess what it means is that he was on a team that got paid to play computer game versus-mode matches in public at get-togethers. The professional gaming industry for first-person shooters is actually quite big in America, and people do make a living off of it. I guess I can understand why he’s ashamed of it because professional computer gaming is like the antithesis of professional athletics. The guys who can’t really compete physically get to compete on a computer screen. The two worlds seem to run into each other a little, but it’s still cool that he competed for cash by clickin’ the ‘ole counterstrike mouse. 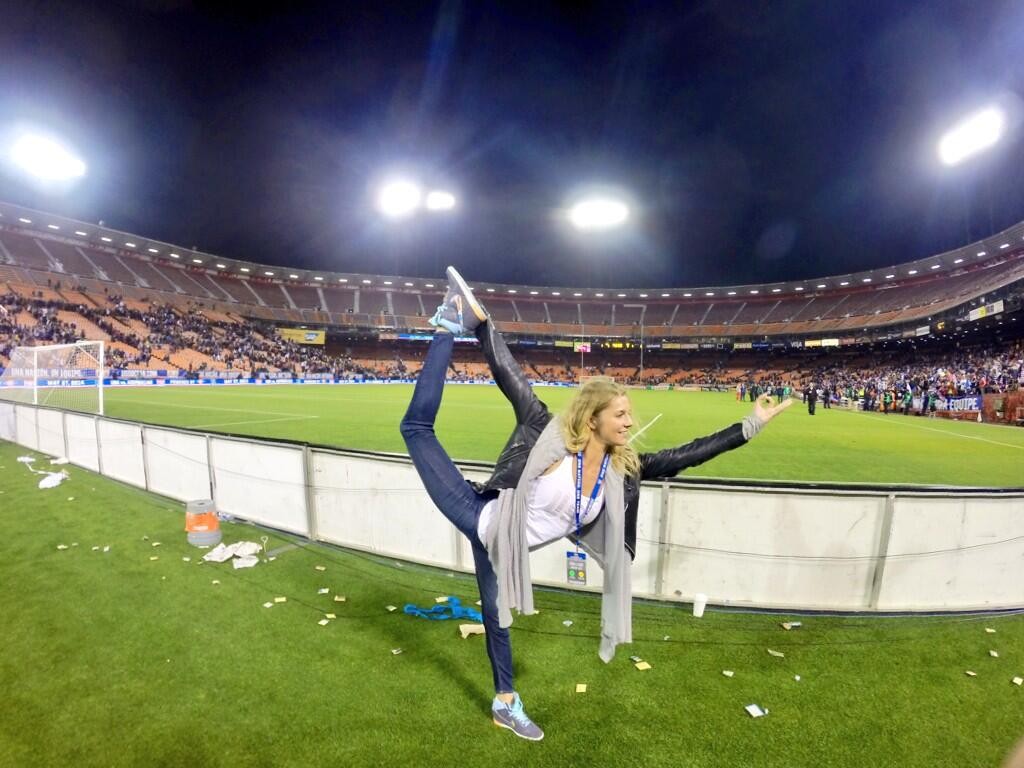