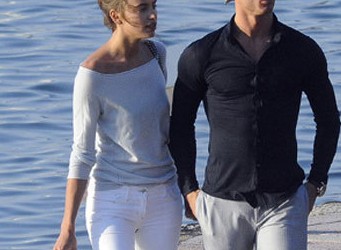 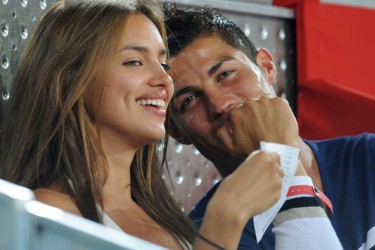 For those not familiar with soccer megastar Cristiano Ronaldo (currently playing for Real Madrid), the best comparison to an American athlete we can give is Alex Rodriguez. No one denies his talents, but he is as egotistic as they come and has a dating list just as long. Highlights include Maria Sharapova, Gemma Atkinson, Kim Kardashian and Paris Hilton. A very impressive list. Seriously, go check it out.

That being said, Cristiano Ronaldo may now be off the market once and for all. Meet his fiancée, Russian model Irina Shayk (but I’m sure you could have figured out the model part on your own). The 26 year old got her big break when she was featured in the 2007 Sports Illustrated Swimsuit Issue. She was offered a deal to pose for Playboy, but don’t hold your breath, as Shayk was quoted as saying: “Playboy offered me so much money last year. I was like, no way. I would never do some kind of cheesy magazine”.

Ouch for Playboy. Ouch for us.

Ronaldo and Shayk became engaged in February 2011, after dating for about 10 months. The two have no children together, though Ronaldo has one child with another woman, who is yet unknown. 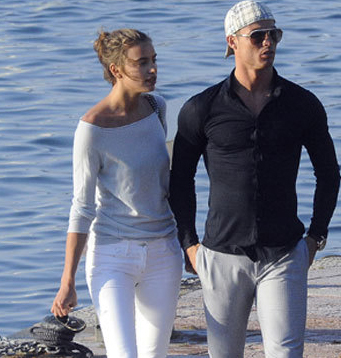