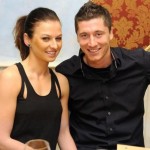 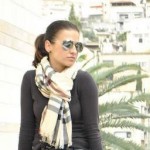 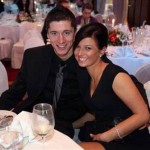 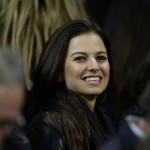 As the world gears up for the all German Championship League final I think it’s time we added another football (soccer) post to the site. No better place to start than with Borussia Dortmund striker Robert Lewandowski’s fiancee Anna Stachurska.

It’s always fun to bet on how long these relationships will last, especially with the European based football players who tend to be led astray by anything that bats an eye in their direction. But I’m not feeling too confident placing any bet against Stachurska and Lewandowski. The reason for my bet is simple; Anna could kick Robert’s ass if he ever laid eyes on another female. The soon to be Mrs. Lewandowski is a karate black belt champion who finished third in the 2009 Karate World Cup. The couple actually trains together with Robert crediting Anna for helping him improve his aerial game through the workouts.

Looking at the couple you can tell they have to be the “it” couple in their home country of Poland. I’m actually not sure there are a lot of famous couples from Poland but I think Anna and Robert would be a TMZ.com staple in any country. They are actually referred to in Poland as the “Polish Beckhams.” Anna and Robert plan to marry in 2013, most likely in the summer during Robert’s offseason, in the capital of Poland, Warsaw. 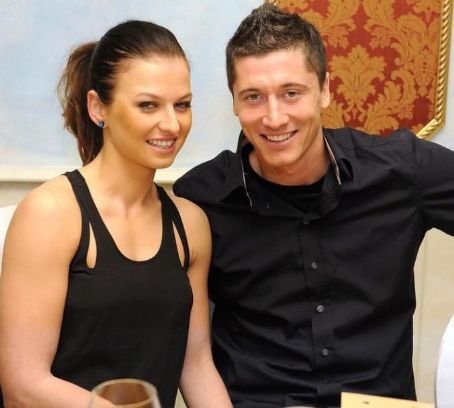