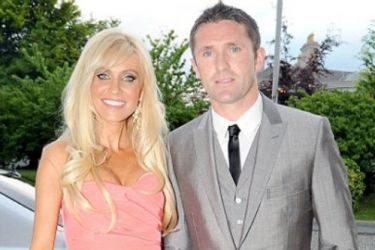 With Robbie Keane taking his talents to the LA Galaxy of the MLS, we figured we should check out what else he’s taking with him. As you can tell now, Robbie is taking a new competitor to the title of hottest WAG on US Soil with him. Considering that Robbie Keane will be joining up with David Beckham, it’s pretty much a lock that the LA Galaxy have the hottest WAG tandem on earth, right?

Robbie Keane married the former Claudine Palmer on June 7, 2008. The couple has one child, a son born in 2009.

Claudine is a former Miss Ireland, but clearly possesses brains to go along with the body. Claudine carries a dual degree in economics and finance.
As for her working history? Claudine has worked as a model for most of her adult life, though took a significant chunk of time off after the birth of their son. After coming back, Claudine claimed to have more curves, and appeared in a series of lingerie ads. This may very well be the first time a woman has claimed that pregnancy gave her a better body, but we’ll take the results no matter how she got them. 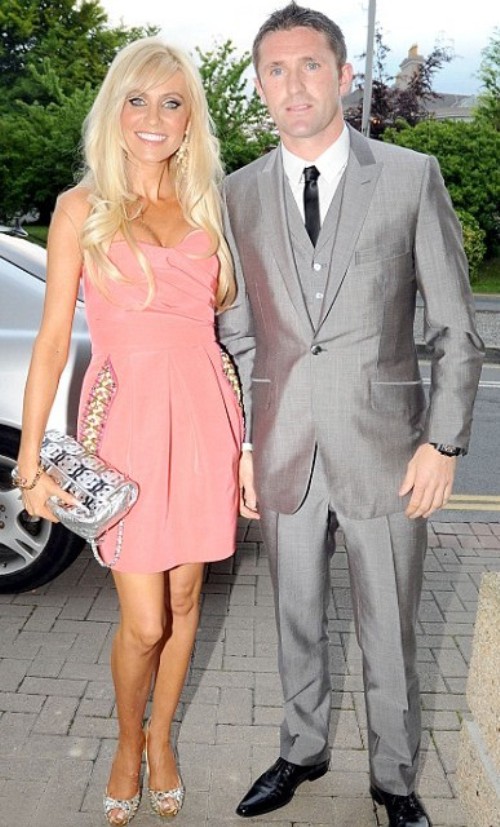