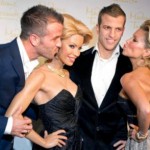 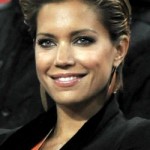 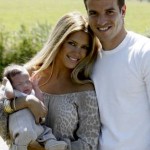 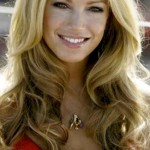 Although the Dutch are severely underachieving at the 2012 Euros, we would be remiss if we did not present you with one of the hottest WAGs we’ve come across, Rafael van der Vaart’s wife Sylvie.

Back in 2003, Sylvie was named as the Netherland’s Sexiest Female. Wasting no time (quite the opposite we’re used to with soccer players), van der Vaart swooped in and the two began dating. They were married on June 10th, 2005. They had a son born roughly one year later. Sylvie is currently a judge on Germany’s Got Talent.

In 2008, Sylvie turned 30 and had a huge birthday bash planned and obviously wanted her husband to attend. Unfortunately, van der Vaart’s schedule conflicted as his team had a match out of town that same day. Well, it just so happened that in the match prior to that he drew a yellow card. Due to the amount he had accumulated already that season, he was suspended for the next game. So although he will never admit it, it’s clear that he had just made one of the Smartest. Decisions. Ever.

In another touching show of commitment, van der Vaart was there to support Sylvie during her bought with breast cancer in 2009. Due to her treatment, Sylvie lost her hair and had begun wearing a wig. And although her hair started to grow back, she was feeling very insecure about how short it was. van der Vaart pointed out how beautiful she looked and styled it for her. Filled with new found confidence, Sylvie stepped back out in to the spotlight sporting her new stunning look. 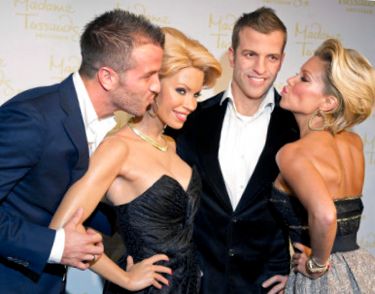