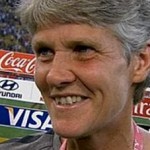 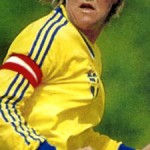 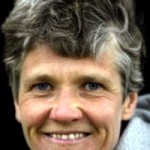 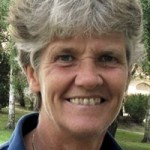 Pia Sundhage has been the coach of the US Women’s National team since 2007. Sundhage lead the team to gold in the 2008 Olympics and nearly brought home the World Cup last summer. And they are favorites to win gold again in London. Things have clearly gone well since she has been at the helm.

Sundhage is the first foreign-born coach of the Women’s National Team and surprisingly only the 3rd women. She is also the first openly gay coach. During an interview on a Swedish TV show, she announced that “there has been no problem for me to be openly gay as head coach in the US”. As expected, no one in the soccer community even blinked at her coming out.

When Sundhage made her announcement, the name of her partner was also revealed: Marie. Now, we have no way of knowing if those two are still together or how long the had been dating as of January 2010 when Sundhage made her declaration. Really, we don’t know anything other than her name. What we do know is Sundhage has no qualms about who she is and appears very comfortable in her own skin.

Prior to her coaching career, Sundhage played in her native Sweden for several club teams. She also made 146 appearances for the Swedish National team, amassing 71 goals while playing her primary position of forward. Another really random fact about Pia: she not only plays guitar, but also knows all of the lyrics and most of the guitar riffs to just about every song ever written by Bob Dylan. Case in point, she sung Dylan’s “Times They Are A Changin” at the first meeting of her first training camp. 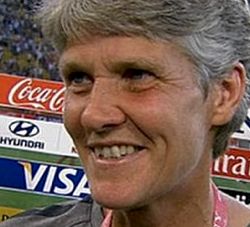