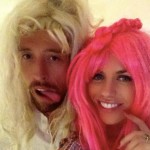 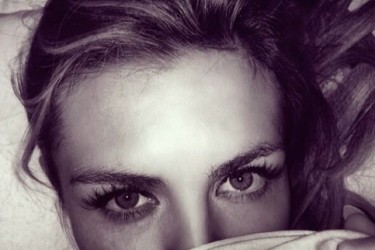 Peter Crouch’s wife Abbey Clancy is the impossibly skinny celebrity dance champion on the show Strictly Come Dancing. I don’t even know what that title is supposed to mean, but there you go- she dances on TV, and she looks really unhealthy. She was also a lingerie and catwalk model, says her Wikipedia. We all know how skilled you gotta’ be to stand or lay in front of a camera wearing underwear. It’s not a bad way to pass the time and get paid in between dances.

The actual meaning of the title of the dancing show she won is a combination of other British television shows “Come Dancing” and “Strictly Ballroom.” Isn’t that clever how they did that- arranging two boring titles to make one that’s confusing and grammatically wrong. I tried to watch some of the show and had to stop after 22 seconds. I found it basically watchable. Click here and see how long you can last. I’m forcing myself to think of good things in English culture now, guv’nor.

Petey Crouch is a pretty legitimate goal-scorer. He’s getting older now (about 33) but for the past 10 years he’s been scoring what seems to me to be a lot of goals. Case in point: in 2006 he played in 12 games and had 11 goals. He was named Stoke City player of the year in 2012, and he’s played in the Premier League since 2001. I think he’s the British equivalent of Landon Donovan as far as not getting chosen for his country’s World Cup squad. It’s all about age. The guy is still performing on the field. He’s also known for a “robot dance” that he does when scores goals, but he made some statement about not wanting to do the robot dance unless England wins a national title or some nonsense. I just hope he doesn’t go on Strictly Come Dancing Redux in a few years and dance some awful waltz with glitter on his face and his 85-pound wife perched on his arm. 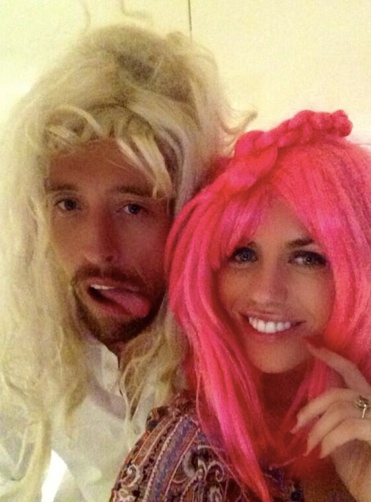