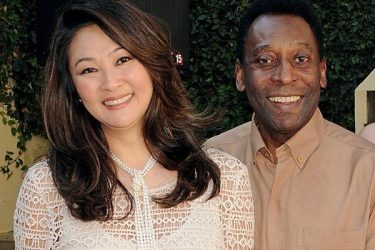 I’m not going to lie: a lot of Americans don’t know Pele is still alive. I was one of them for a long time until a few years ago. This man is very much alive! Pele’s wife Marcia Aoki will prove it! She is his third wife. Pele and Marcia married on July 9, 2016. Before that, they were together for six years. They had originally met in the 1980’s but only got together in 2010 after they saw each other again in Sao Paulo by coincidence. I guess Pele in the 1980’s club scene was doing alright. He’s not nearly as famous here in America as in South America but he still had ladies’ attention.

Pele was married to his other two wives for at least twelve years a piece. Pele’s wife Marcia is a medical supplies entrepreneur. Marcia was apparently getting divorced from her first husband when she saw Pele in her building’s elevator. So they didn’t start dating then, though. It was another two years before they saw each other in the same elevator. Pele told Marcia that he was renovating his apartment, and Marcia invited him into her apartment to check out her renovation. Wow, easy access, Pele!

Pele’s wife Marcia knows all about his dating past. It’s a lot to tell so we’ll try to keep it short and concise. Aside from two other wives, Pele allegedly had a kid with his maid that he never acknowledged and also a kid with a journalist whom he did acknowledge. He’s Pele. Of course he’s going to date a lot in Brazil, where’s a god on Earth. I watched a video of him and Marcia sitting around playing the guitar, and he was thanking people for showing concern about his health. He assured everyone that he was fine and that he was looking forward to the Olympic games. Marcia was chilling beside him and smiling. 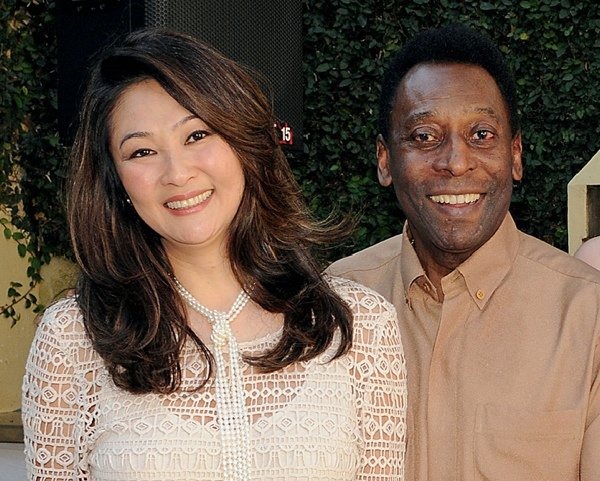