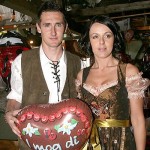 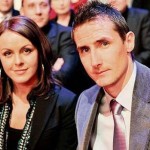 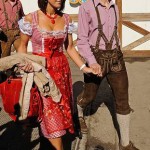 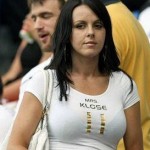 You read her name right folks. Don’t make me tell you again. Miroslav Klose’s wife Sylwia Klose is here to remind us all that there’s more than one way to spell a cool name. The next time you’re looking for a word game, replace all the “v’s” you come across with “w’s,” and you’ll have yourself a tongue-twister in the making.

These two crazy cats have been together for quite some time. They’re both from Poland, were married in 2003, and started poppin’ out miniature Kloses in 2005. Their kids are named Luan and Noah. Okay so now that we’ve got the pleasantries out of the way, let’s talk German soccer. First of all, if you’re a soccer player and can get German citizenship, you’re going to jump ship and try to get on their National team. That’s just what happens. Jermaine Jones tried and failed (sorry but you’re not good enough pal). Klose did it and was gladly accepted. The reason for that is because he’s the all-time top goal-scorer for Team Germany. This 2014 World Cup is his fourth, and he’s said it’ll be the last crack he’ll take at trying to win with Germany. The guy’s 36 years old. Most players are rejected at that age.

He’s played on a number of top teams throughout his career including Bayern-Munich, which is generally the most dominant club team in Germany, winning the Bundesliga championship seven times since 2003. Now he’s playing an Italian team called Lazio in Rome. There was a slight trauma from some twonky Lazio fans that held a sign adapted from a Nazi slogan. The sign said “Klose Mit Uns,” resembling the Nazi slogan “Gott Mit Uns” which means “God With Us.” The sign was done in the same font style as the Nazi SS and was not surprisingly condemned by Miroslav. It’s weird because Klose himself comes from Poland. His mother was 100% Polish, though his dad was German. He speaks Polish at home with his Polish wife, and he’s said he should be considered European as a nationality for these reasons. I still kind of see him as a Polish guy who wants to win a World Cup really bad. I mean, wouldn’t you play for Germany rather than Poland if you were a top player? 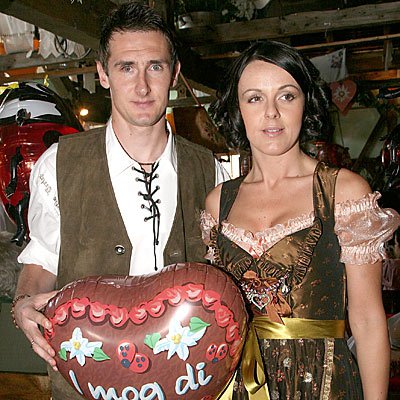