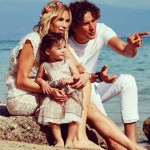 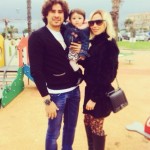 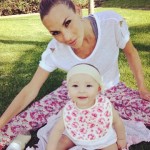 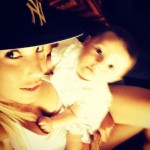 Well we all saw it. Or at least we as in the people who watched Brazil versus Mexico. Memo Ochoa shut out the indomitable Neymar and his band of brassy Brasileros. I think he got lucky a few of those shots, myself, but it doesn’t matter at all. The fact is, he did it. Memo Ochoa’s girlfriend Karla Mora is a model and mother to his son.

According to TMZ, the two have not wed, but their little munchkin is named Lucciana. I have to say, their baby is much cuter than most babies. This is one of those “actually cute” babies as opposed to the ones that people say are cute out of social obligation or whatever. Guillermo, also known as “Meme,” did not block the child from entering the goal zone (which was technically the zone outside Karla’s crotch). Okay, that joke had a rough landing but I had to try.

Apparently Meme met Karla after his relationship with Dulce Maria, who is some hotshot Mexican actress and singer. She’s signed to Universal and is kind of a big deal, or at least that’s what all my Mexican pals tell me. Don’t you still kind of wonder how these athletes manage to date these famous people? Do they just have their agents or personal assistants go and contact them? Like, Was Meme Ochoa just in the neighborhood when Dulce Maria was filming a show or recording her album, and he just ran into her? Do they all just travel in packs of other famous people? Does Meme Ochoa block any moving object that tries to get past him? If this is so, then a woman would not be able to hug him because their arms would be moving past his person in order to wrap around him, thus Meme must be a very cold person indeed.

Anyway, Meme’s career has been good. He made the 2010 World Cup as a backup goalie to a guy named Oscar Perez. This was controversial because Perez was 37 years old at the time, which is like being 115 years old in the soccer world, I gather. 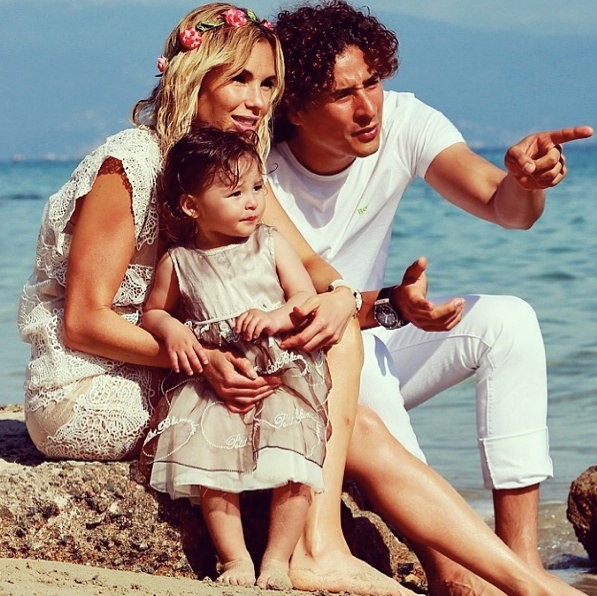