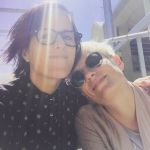 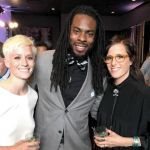 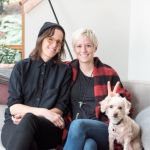 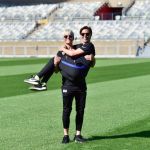 Megan Rapinoe’s girlfriend Sera Cahoone became her fiancee in August of 2015. The wedding will most definitely come after the Olympics. It’d be pretty crazy if they scheduled it for right before the games started- like a night or two before the opening ceremony. Sera is a musician and drummer.  She has even opened for Band of Horses back in January of 2014. Her bandmate Jay and her are apparently good friends with the band and slated some shows with them.

Sera generally plays as a duo or three-piece, and her bandmate plays the steel guitar. Sera’s music is nice. It’s like an upbeat folk music, and she sings very well. I’d encourage people into that kind of jam to check out her website here. Sera is signed with indie darling music label Sub-Pop. That’s a pretty big deal if you’re into that scene.

I’m sure Megan Rapinoe’s girlfriend Sera plays her demos for Megan before she commits to a final recording. That’s always a fun perk of dating a musician. In July of 2016, Sera participated in a rock camp for girls and played the drums. The concept is quite charming. The point goes beyond just music theory and into performance and how to be comfortable playing. Sera said she didn’t play the drums particularly well for the kids but that it was a blast to be there.

Of course, Megan Rapinoe’s girlfriend Sera Cahoone goes to as many of her games as she can. Megan is known as one of the most fun people on the USA Women’s Soccer team. She’s got a great personality. Megan and Sera are best friends, and Sera often refers to her as a lovable goofball. The two have a scruffy dog named Chichi who they both take care of. Personally, I quite respect Sera’s recording and songwriting skills. She certainly has access to some fantastic studio gear, and I like her songs. In fact, I’d go to one of her shows if she played in Queens. The couple reside in Seattle since Megan plays for the Seattle Reign.

There seems to be a theme that Megan Rapinoe follows with her girlfriends. Before dating Sera Cahoone, she dated Sarah Walsh. Sera/Sarah – that’s pretty close. I once knew a guy who dated four girls named Sarah within a two year span – I’m pretty sure the name had something to do with his choices. Anyway, Megan Rapinoe’s ex-girlfriend Sarah Walsh was a striker for Westfield Matildas and team Australia. 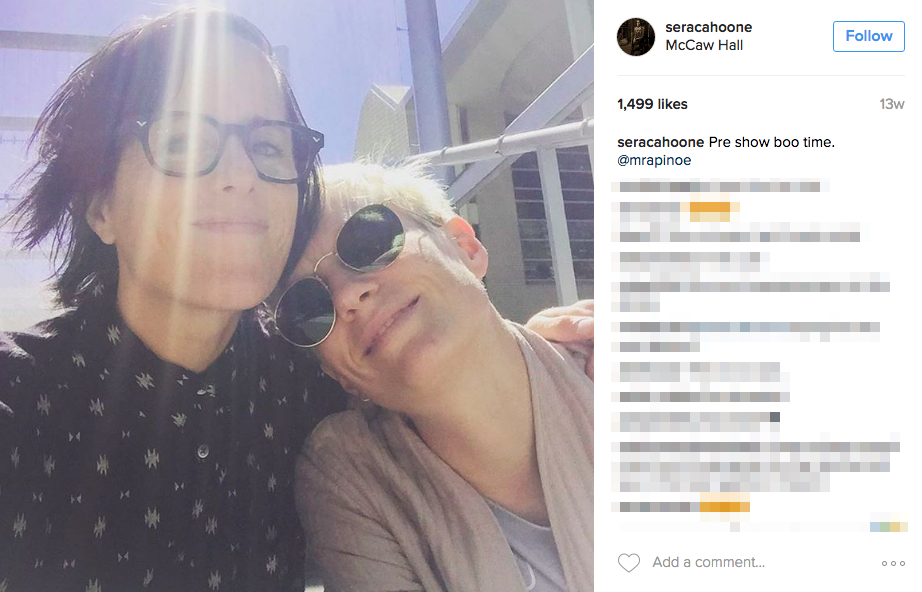