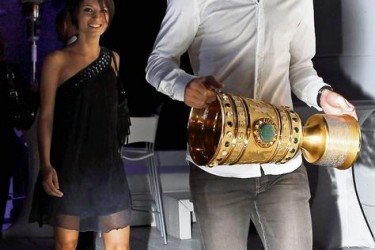 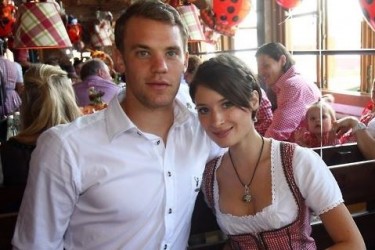 With Bayern Munich heading to their second straight Champions League final, it’s obvious that there’s a lot going well for the team. Usually teams can only go as far as thei keeper, so it’s no surprise that Manuel Neuer has shot to the top of the list of best goalies in the world.

Neuer has not been the starting keeper for Bayern (or Germany) for that long, but he’s made quite an impact already. He led the German team to a 3rd place finish in the 2010 World Cup, only conceding one goal during the group stage. In 2011, his first year at Bayern, he was named the Footballer of the Year in Germany. But enough about how he’s doing on the field, what about off of it? From the looks of it, Neuer is just as successful. Manuel Neuer’s girlfriend Kathrin Gilch has been with him since 2009 and things seem to going very well.

It is rumored that Neuer and Gilch have been together since 2009. I say rumored because the couple is very private and avoids the spotlight as much as possible. Some speculated that Glch might have been pregnant mid 2012, but that rumor has all but debunked itself by now. Not much else to report at the moment, but the longer Neuer remains world class the better the chance of us getting a glimpse at this relationship 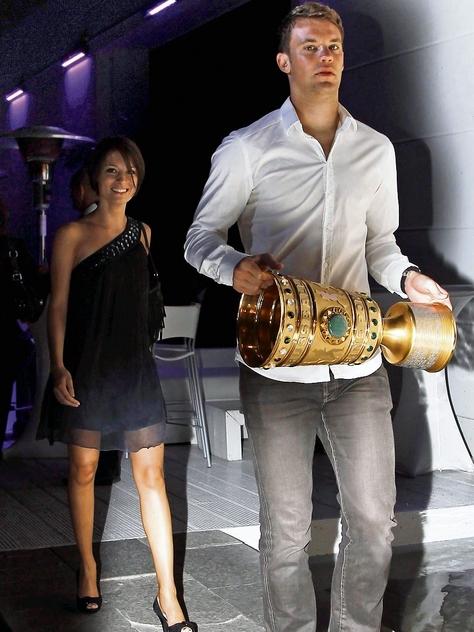