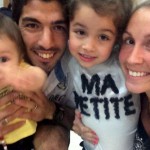 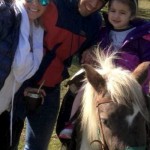 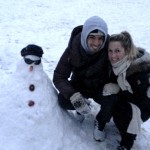 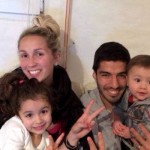 Luis Suarez’s wife Sofia Balbi Suarez has known him since the two began dating in high school, when they were only 15. The couple has since wed (in 2009) and had two children together, Delfina and Benjamin. Suarez is very close with his wife’s family, to the point where his father-in-law recently suggested that Suarez may be looking to change clubs, from current Liverpool to Real Madrid or Barcelona (both of which happen to be closer to the family, located in Castelldefels, just west of Barcelona).

Anyway, the reason that you’re here today – the bite. Suarez’s wife Sofia is in a unique perspective to know whether the many bite incidents throughout Luis Suarez’s career, the most recent against defender Chiellini in today’s matchup between Italy and Uruguay, are something that that has occurred not only throughout his futbol career, but also his life. That said, we’re guessing she won’t be commenting anytime soon.

Either way, this incident only serves to further Suarez’s status as a villain – regardless of his family man persona. Suarez recently posted a video from the locker room, thanking his wife and children for their support while he served a suspension for racially abusing Patrice Evra. 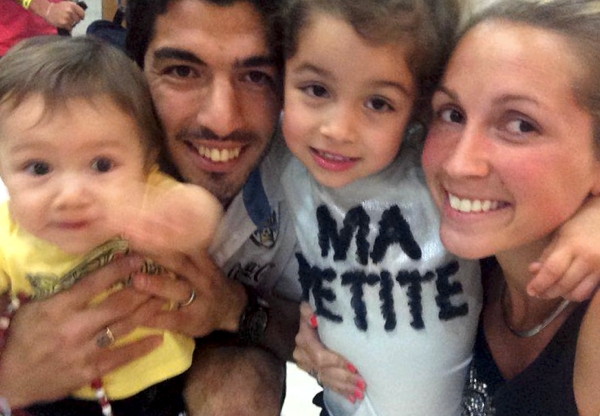