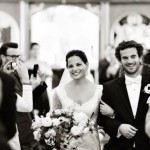 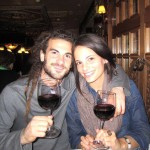 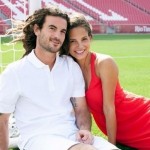 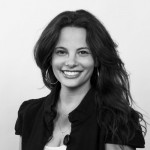 Kyle Beckerman’s wife Kate Beckerman will find the right branding strategy for you. She works as an account supervisor at Love Communications, which is an advertising and public relations firm. I wonder if it was her idea for Kyle to grow dreadlocks in order to more distinguish the Beckerman brand. “If I’m going to be marrying you, I want you to have a hip new vibe that college burnouts can relate to,” the fictional Kate in my head would have said, passing Kyle a raw egg to mush into his pre-dread hair. Fictional Kate Beckerman is sort of like Peggy Olson from Mad Men except she likes dreadlocks.

As we all know, Kyle’s a soccer player for the US team and also plays for Real Salt Lake in the MLS. That’s got to make the top 5 of annoyingly titled pro sports teams– was there a chance fans would mistake it for the “Fake” Salt Lake? There’s not all that much to talk about with his career other than he’s a solid midfielder who’s never played in the big-boy leagues over in Europe. I’d much rather tell you about his avid reading habits, which he details on his Twitter by making incisive recommendations and photographing the books that are in his reading pile. Seriously, they’re good books: Who Discovered America, What The Dog Saw, Columbus, River Doubt. He’s even got one by the historian David McCullough in there called The Greater Journey. Beckerman appreciates history and being thoughtful.

I’m glad Kyle is thoughtful, because he looked a little lost in the game against Germany, and I hope he reflects on why he and the whole USA team were getting dominated. It seemed like USA never touched the ball, and when they did they quickly fell to the ground or got tripped. Frankly, they were totally outclassed, and it’s hard to see Beckerman and his merry men being able to put together an attack when they control the field 10% of the time. Kate needs to put a spin on Team USA’s image right about now. 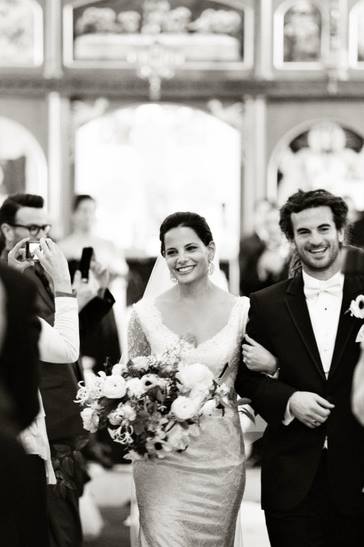