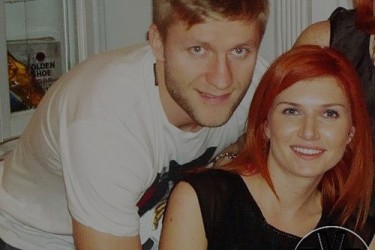 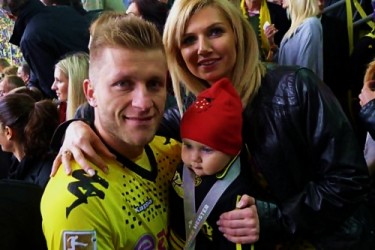 With most professional athletes I’d trade places with them in a heartbeat. Don’t we all strive to have what professional athletes have – money, fame and hot girls (and yes, Jakub Blaszczykowski’s wife Agata Gołaszewska qualifies for sure on the last part). I mean, here I am writing for a gossip blog, what some might call smut, covering the same people I’d trade places with no questions asked. Yet to any rule, there’s always an exception, and this time it’s Jakub Blaszczykowski, despite being captain of the Polish national team and having a stunning wife Agata Golaszewska. For those not familiar with Jakub’s back story I’ll get you caught up without dwelling on it too long. When Jakub was young he witnessed something no child should ever witness. At the age of 10 Jakub’s father stabbed his wife (Jakub’s mother) to death. After this tragic event Jakub was raised by his grandmother. For those who have ever watched Jakub play he’ll always look up towards his mom during his goal celebrations.

While Jakub’s youth was marred by tragedy he’s done well to rebound. As we mentioned Jakub is captain of team Poland and plays for Borussia Dortmund of the German Bundesliga league. Jakub also did well for himself off the pitch by scoring Ms. Agata Golaszewska. Meeting when Agata was still in high school and Jakub a rising star the couple eventually became and item and were engaged in 2007. Three years later the couple married and now have one daughter, Oliwia. Jakub is rumored to be on the transfer market during the summer of 2013 so we could see Jakub and Agata on the move to a big market team for the 2013 season. 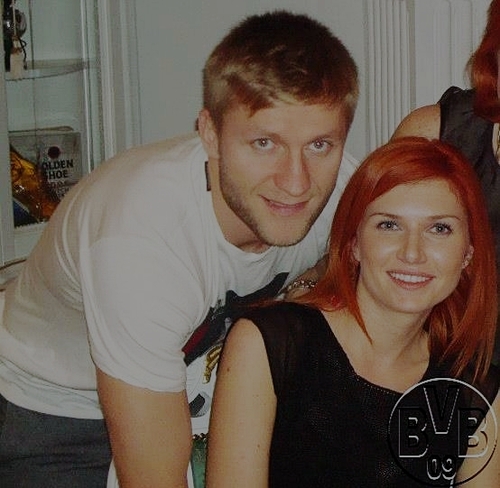