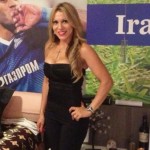 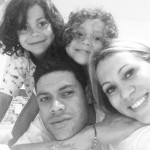 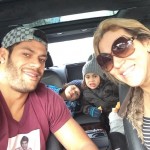 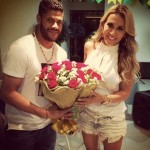 Hulk’s wife Iran Souza is a lovely mother of two and the one in charge of keeping the mighty hulk from destroying the city of St. Petersburg. No he’s a well-mannered guy, and his speed and stamina is what earned him the nickname. Iran’s a cool lady. She said having soccer kids and moving from country to country makes them sort of lonely, but that’s part of the deal, innit?

I have to say, Hulk gave Chile that goal to tie it up in the 1-1 win Brazil eeked out a week ago. That was a huge mistake on his part, but then the goal he scored that was disallowed was pretty amazing afterwards. The announcer was quick to point out that he was trying to make up for the goal he gave away, but what was he going to do if he hadn’t given the goal away- not play hard and not try to score? The guy has serious wheels, and he can kick. He started out playing for Vitoria in Brazil, then he played for a bunch of teams in Japan, scoring a massive amount of goals for Consadole Sapporo (25) and Tokyo Verdy (37!). He then moved on to Porto, the Primeira League team in Portugal, scoring a bunch more there, and now he’s on Zenit in St. Pete’s. To be honest, I didn’t know Japan really liked soccer all that much, but they must if they’re shelling out the cash for good players. I’m still not really understanding how international soccer contracts work, what with the fees and buyouts and loaning players, but we’ll assume the 100 million Euro buyout for his contract at Porto in 2009 means he’s a serious talent.

He had a strong showing against Colombia a few days ago. In fact, the whole team bounced back. One other quick thing about Mr. Hulk is one of his sisters was kidnapped and returned unharmed. I’m going to assume they paid the kidnappers a boatload of cash. South America can be a kidnappy place sometimes. 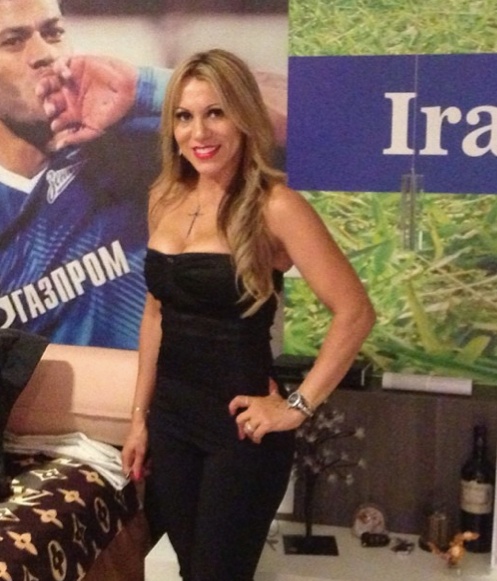