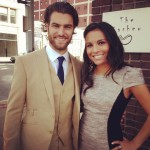 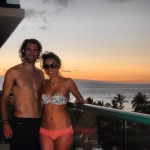 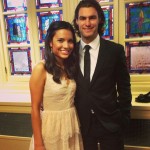 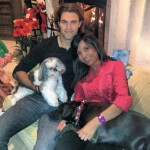 Graham Zusi’s girlfriend Abra House wants to keep a low profile, and that’s a hard thing to do when you’re kickin’ it with the inimitable Doctor Zooz. This is going to sound really weird, but Graham Zusi reminds me of Jim Cutler from Mad Men. Don’t you think he kind of looks like him? I know he’s younger and more chiseled and handsomer, but the guy kind of still reminds me of the ambitious, throat-cutting executive who tried to take over and kick Don out of his own firm.

Let me get this train back on course. Graham was featured prominently about a week ago in USA Today Sports as the man who is ‘quietly becoming the next star of American soccer.’ So that basically means he’ll get shipped off to the premier league in Britain soon. There was one part about the man being interviewed that struck me: he was told to literally move out of the way because Tim Howard was coming down the hall, and he needed to make way for the cadre of reporters that followed would need the space to talk to Howard. Zusi shrugged and stepped out of the way, continuing his interview with the one or two guys talking to him. Inside, though, I bet that burns for someone who’s incredibly competitive. I’m sure he uses every little thing like that as fuel to get better. His coach at Kansas City says he’s the hardest working guy in training every day.

Ah yes, I neglected to mention that Graham and Abra live in Kansas City, home of Google Fiber. Yes, that is the most noteworthy thing about Kansas City. I’ve been there. It ranks just above Oklahoma City on the city coolness scale, but that isn’t stopping the lovely couple from making a go of it, dreams and visions of some as yet unknown British city dancing in their minds like specters with pound-signs. Mark my words, if Zusi shows up for this World Cup and performs, he’ll be shipped off to Britain within 18 months. 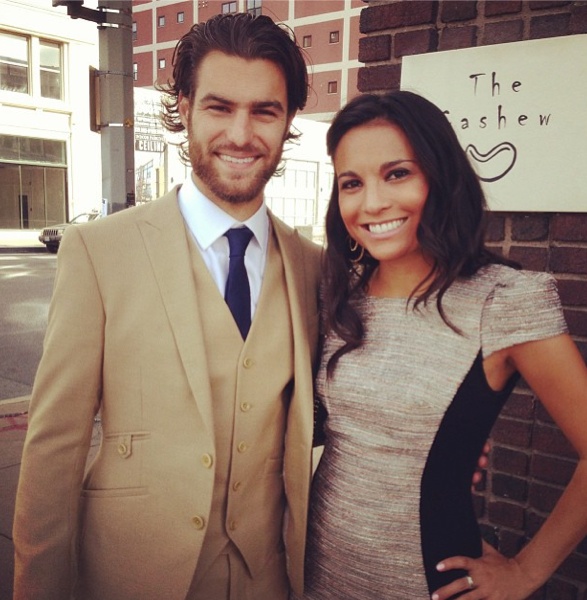