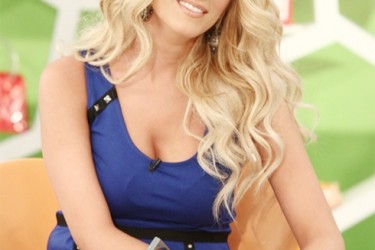 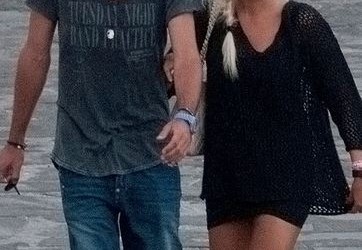 To be honest, I wasn’t exactly sure who Georgios Samaras was. I consider myself a big fan of soccer and follow several European Leagues. But Samaras plays for Celtic in the Scottish Premier League. The SPL is like Single A – outside of people living in each town, not many care about it. But Georgios Samaras’ ex-girlfriend Alexandra Loizou certainly caught my eye, momentarily causing me to stop ignoring the SPL.

While the spotlight shined on Samaras and Loizou during Euro 2012, the couple have actually been together for much longer than that. First reports of the two dating are around the time of the 2008 World Cup. Loizou is a model, appearing in FHM and other similar magazines. Alas, just as we came to learn of the couple, Georgios split and found himself a new blonde. There are actually conflicting reports of whether they are married or just dating, but we found nothing firmly confirming the former.

Georgios Samaras’ new girlfriend Katerina Kainourgiou is actually not a model, which breaks the trend we often see with athletes, especially soccer players. Kainourgiou is a TV journalist in Greece. The two have been dating since shortly after the Euro 2012 tournament ended. By the way, gotta love seeing him rock a Rondo jersey while on vacation with the new lady.

In addition to playing for Celtic, Samaras also plays for the Greek National team. Aside from their miracle Euro 2008 title, the team has not made very many headlines while utilizing a intensely defensive style of play. 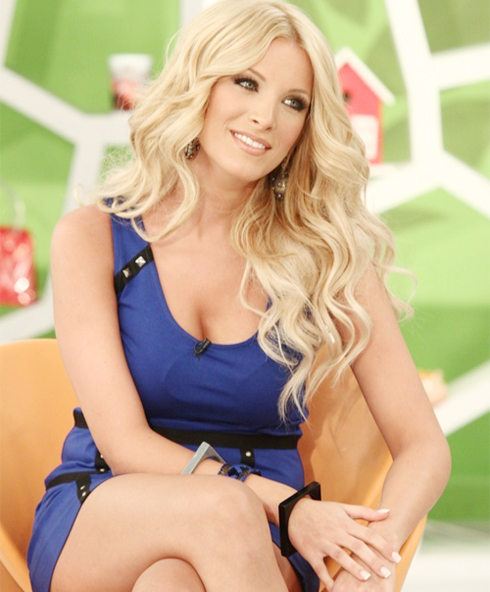