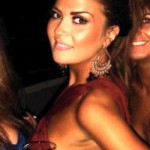 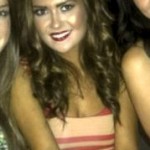 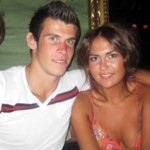 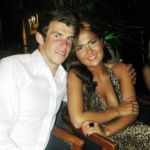 With the top squad once again failing to live up to expectations and actually win a title, England now turns their attention towards the Olympics and the under 23 team. Well, it’s actually Team Great Britain, as Scottish, Welsh and Northern Ireland players are eligible for the team. So we’re sure it won’t sit well with the English that their squad will be lead by Welschman Gareth Bale.

An unassuming player, Bale has never sought out the spotlight. So naturally, he doesn’t talk much about his childhood sweetheart Emma Rhys-Jones. Bale and Rhys-Jones both grew up in Cardiff, Wales. They stuck together during Bale’s rise to the top flight of English football, the Premiership. For quite some time, the couple was engaged in a long distance relationship. Props to both of them for sticking with it – we have read far too many stories of infidelity amongst the soccer elite. Rhys-Jones eventually moved in with Bale right near White Heart Lane.

Given his reluctance to discuss Rhys-Jones, we don’t know much about her. Apparently she knows a little something about hair, as she cuts Bale’s hair for him. There are rumors that she is pregnant and due around October, but there is nothing to confirm that. In a rare glimpse into their life, Bale made a touching tribute to his girl. After scoring his first goal returning from injury earlier this year, he made a heart symbol with his hands. The jury is out on whether Bale has been struck with a case of Bieber fever. 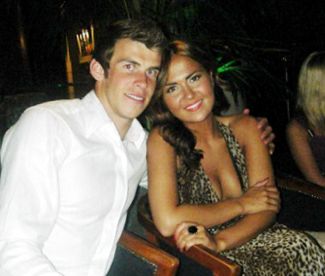