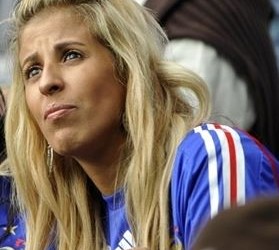 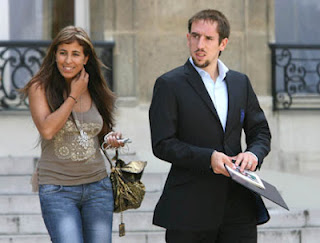 08/15/2012: In further proof that soliciting an underage prostitute is a bad idea, things continue to get worse for Franck Ribery.

As we originally reported, Ribery was alleged to have solicited a prostitute who was later revealed to be 17 at the time of their encounter despite his claims to the contrary. French prosecutors argued that they were not interested in pursuing charges for solicitation of a minor, but were rebuffed by the judge who ordered the trial to proceed.
No word on a trial date for the case.

Oh where to begin with Franck Ribery.

First let’s state the obvious, he’s an extremely talented player for both FC Bayern Munich of the Bundesliga league and the French National Team. He’s also very religious, having converted to Islam and taking the name Bilal Yusuf Mohammed.
As for his personal life, Franck Ribery is married to Wahiba Ribery, who many describe as his childhood sweetheart. It was only after marrying Wahiba that Franck converted to Islam. The couple also has two daughters together. Now that covers the basic but let’s get into the details that make Franck more than a great soccer player.

The 2010 World Cup is one that many French fans will quickly pass over when discussing the rich history of the program. The tournament was filled with both losses and team dissent. There were rumors of boycotts by the players and players flat out quitting on the coach. All of this led to a first round exit for France and a nation stunned by the developments. In the middle of all of this was Franck, who would later be suspended 3 International games for his part in the anarchy. Eventually Franck worked his way back into the good graces of the team and now is a central piece of the team.

We’d be remiss to ignore the scar. It’s very hard to not notice the scar on Franck’s face, and it turns out he and his family were in a horrible car accident when he was young. The family car collided with a truck which left Franck with the scar you now see.

The scar story isn’t particularly great gossip, so now for the good dirt. Like many athletes Franck is rumored to have not been completely faithful to his wife Wahiba. Most athletes who cheat on their wives do at least make sure the girl they do it with is of age. In 2010 a story broke that had Franck a the center of an underage prostitution scandal. Zahia Dehar is the name of the call girl who Franck flew out for his birthday party. At the time she was 17, not the legal age of 18. Franck claimed, and Zahia backs up, that she told him she was 18. Prostitution is legal in France, but must be with a woman 18 or older. Despite all of this Franck is still married to Wahiba. 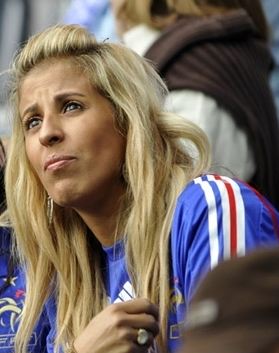