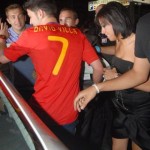 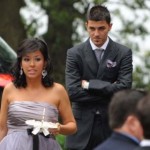 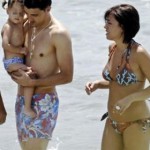 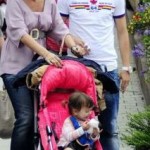 Most of the soccer players we have covered to date are either young and have a casual girlfriend or are superstars and have a dating history as long as the phonebook. But David Villa, forward for Barcelona and Spain, is the exception to the rule.

Villa and his wife Patricia Gonzalez are a rare item in today’s sports world – childhood sweethearts. Yes, despite his breakout campaign during the 2006 World Cup and joining Spanish League giant Barcelona in 2010, the couple has carried on without so much as a bump in the road.

Villa and Gonzalez met in 2001 in Asturian, Spain, where each of them grew up. They married in 2003 and had their first child in 2005 (daughter Zaida). Just taking care of business, or “TCB” as Cosmo Kramer would say. The couple had their second daughter Olaya in 2009. She is named after the wife of Villa’s Spanish teammate Fernando Torres, further proving they are far from the average high profile soccer couple.

Patricia also played soccer growing up but now appears to mostly avoid the spotlight while taking care of her children. Seems like some times people just want the simple life 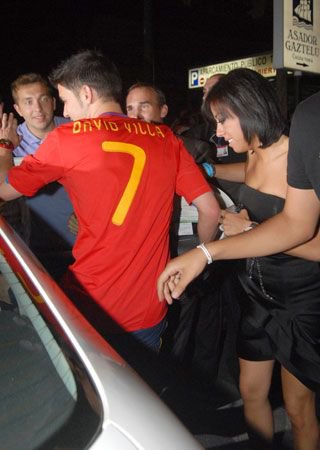