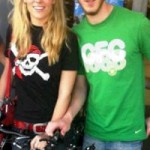 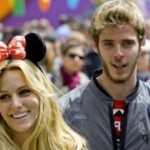 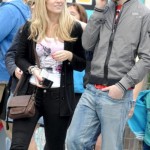 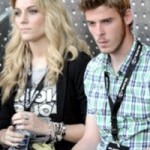 Fresh off an impressive initial season with Manchester United, David de Gea’s life seems pretty good. At just 21, he is already considered one of the best goaltenders in the league. In most countries, he would be the starting goalie for the national team, but unfortunately for de Gea he is Spanish, and thus will be backing up Iker Casillas… for a long time.

At the moment, de Gea still is the starting keeper for the Spanish Olympic squad. But remember, we mentioned that his life was good. That’s because of the person he is dating. The pictures to the right speak for themselves. de Gea is currently dating Edurne. Simply stunning.

Edurne (who’s full name is Edurne Garcia Almagro) is a Spanish pop singer. She was first noticed in 2005 while competing on the Spanish version of the X Factor. Although she did not win, she clearly made an impression. She has released several albums to date. Next up for Edurne is the role of Sandy in a stage version of Grease.

Oddly enough, we can’t seem to find how long de Gea and Edurne have been dating, but we do know their relationship began before his move to Manchester. They are a bit of polar opposites – Edurne being flashy, de Gea reserved. And while she is a pop singer, his favorite style of music is heavy metal. Guess there are certain things you can look past when your girl looks like that. 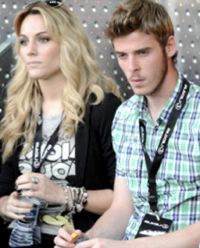