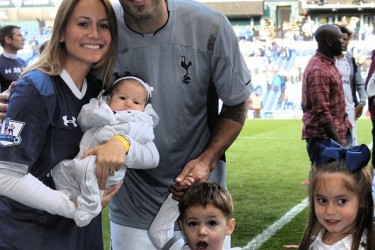 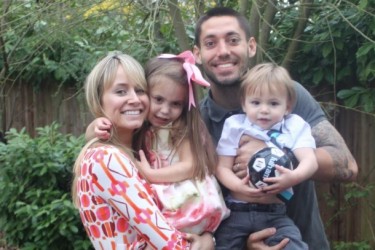 Clint Dempsey’s wife Bethany Dempsey is most known for her appearance in a 2010 issue of Sports Illustrated Swimsuit Edition. Before we dive into those details, let’s talk about what we think that she is probably more proud of. Bethany has given the couple four children, two boys and two girls. The most recent was a boy, Clayton Daniel born in June of 2015, and joined their other son Jackson Dempsey. The two girls are Elyse and Sophia Dempsey.

Anyway, back to the the Swimsuit edition. This is the issue of Sports Illustrated where beautiful women pose with sultry looks on their faces for glamour shots on the beach or in tropical settings with birds and such, clad scantily if at all. I never quite understood the connection between bikinis and sports coverage, but I have to admit there have been some stunning models throughout the Swimsuit Edition’s history.

Clint Dempsey’s wife Bethany Dempsey actually posed topless for the magazine, but with body paint. We can’t show you the photo (Google frowns on that sort of thing) but you can certainly find it on the web. It must be weird to have your wife say, “Hey do you mind if I pose topless with my chest painted in a nationally syndicated magazine?” Sure, sounds great, honey! Let me write down some cool things for the photographer to say to you. Oh they’re paying you $100,000? That only vaguely reminds me of the movie where Robert Redford offers Demi Moore a million bucks for one night of sensual pottery crafting. Wait no that was “Ghost.”

Clint is a man among boys in the kicking-of-soccer balls department. The MLS was offered $4 million back in 2006 for his transfer into an English team called Fulham. He joined a couple other American exports, Brian McBride and Carlos Bocanegra. This is a pretty unusual phenomenon that is unique to major sports in America– the fact that the best soccer teams aren’t to be found here, and the best players that started here are exported out of the country rather than in. That combination speaks to the level of popularity and competition of global soccer. The best baseball players, for example, are often found in other countries, but they are imported into the MLB. Not so with players like Clint. He managed to become a two-time Fulham player of the year in both 2010 and 2011. That honor is actually voted on by the fans, which is pretty cool.

At long last Dempsey has returned to the MLS and plays for the Seattle Sounders. The transfer fee was $9 million. Value’s going up, Clinty-boy! His international contributions have been pretty substantial as well. He passed Eric Wynalda in 2013 as the second all-time goalscorer for the US team. Bethany Dempsey has not yet sat in the stands topless with her chest painted, but we’re crossing our fingers for the day when Clint becomes the top goalscorer. 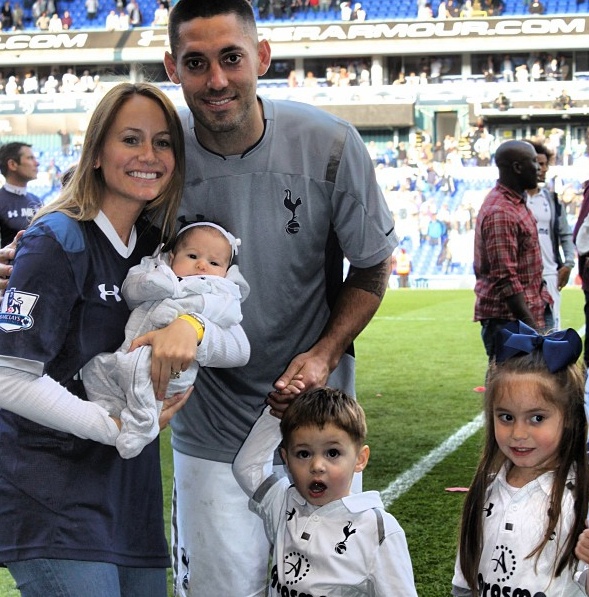