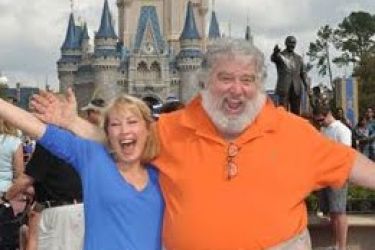 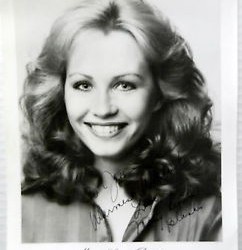 Chuck Blazer’s girlfriend Mary Lynn Blanks is a former soap opera star from the shows “All My Children” and “As The World Turns.” She appeared in the 1980’s, and for a woman born in 1952, she looks great now. She can be seen in a lot of the photographs Chuck posted to his blog which, by the way, is pretty incredible. This guy has had himself an amazing life. But I’m going to do my best to focus on his girlfriend now, and a lot of the stuff that she’s done recently coincides with what he’s done since they’re together a lot,… and no I’m not talking about any of the recent allegations levied against him.

Mary Lynn has had the good fortune to travel all over the world with Chuck and meet some of the coolest and most interesting people on the planet. How about meeting Nelson Mandela for one? Actually Mary can be seen with Chuck (who always looks like a cartoon character) in a private plane with Nelson Mandela sitting next to them and drinking from a classy whiskey glass. Mary also attended the Super Bowl in one of those exclusive boxes, and Curtis Martin was there, having been recently inducted into the NFL Hall of Fame. Chuck also met Vladimir Putin in some kind of official office/living room-looking place. I have no idea if Mary was present at that one. There’s also a picture of Chuck’s girlfriend Mary Lynn Blanks excitedly stretching her arms out with Chuck at Disney World in 2011.

Most of the other blog-fodder is kind of boring and is all FIFA and CONCACAF events and meetings, etc. Mary is more in the social-gathering pictures. She likes to dress up with Chuck on holidays like Christmas and on Halloween, where she dressed up as Princess Leia while Chuck was dressed as Obi-Wan Kenobi, riding a mobility scooter. Mary was also witness to their pet parrots hatching two baby parrots. And while they live a fun lifestyle, surely though Mary will be by Chuck’s side as he battles his colon cancer, while putting himself directly in the middle of the FIFA corruption scandal as an informant for the federal government. 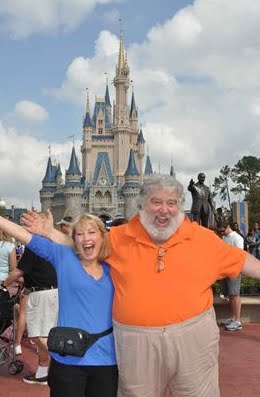