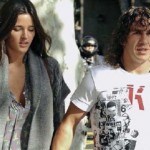 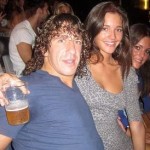 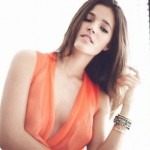 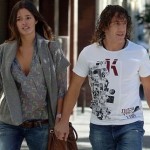 To be honest, we’re stumped. We can not explain how this man (Carles Puyol) dated this girl (Malena Costa). This is easily the biggest discrepancy in looks that we have seen on this site. Puyol looks like he should be staring in a Geico commercial whereas Costa would turn heads even in LA. I wish I had played more soccer growing up

The former couple dated for roughly one year before calling it quits in October 2011. No truth to the rumor that Costa ended things after having Lasik eye surgery. She is a model (shocker!) and lives in Spain.

Puyol has moved on, now dating Giselle Lacouture. While no slouch herself, we’re officially calling this a downgrade. Not much is known about Lacouture yet, other than she is from Columbia. Puyol supposedly met her through Shakira, who is dating his Barcelona teammate Pique. Again, I wish I had played more soccer growing up.

Puyol and Costa have remained friends, and she was surprised to read about his new girl. “It hurts me to see that Carles is already with another woman” said Costa during a January interview with a Spanish magazine. She also revealed that it was Puyol who ended things, saying he wanted time alone. We’ll keep you up to date in case Puyol comes to his senses. 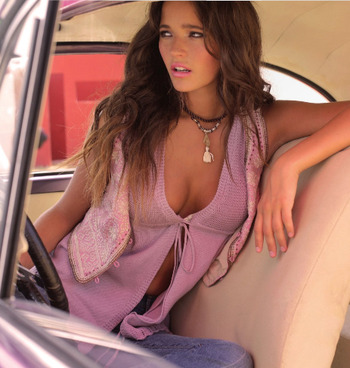