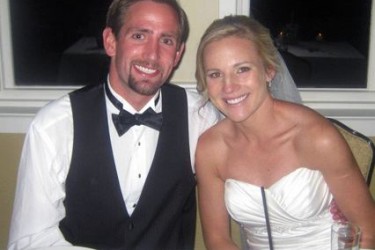 Going out on a limb here, but this may have been the easiest decision for taking your husbands name ever.

Super sub for the US Women’s National team, Amy Shilling had an unfortunate nickname. Her maiden name is Rodriguez. So just in case you missed the obvious connection here, she was referred to as A-Rod. Now, it’s no secret that the PlayerWives staff is not a fan of the original A-Rod, and for good reason. So we’re extremely happy that Amy Shilling’s boyfriend of 6 years finally proposed and the couple tied the knot.

Amy Shilling’s husband is Adam Shilling, and they met back in 2006. They were attending the University of Southern California, more commonly referred to as USC or the last place Matt Leinart was relevant. Amy of course was busy playing soccer, while Adam was the goalie for the men’s water polo team. The couple was married on October 8, 2011.

Amy played 4 years at USC and has bounced around the Women’s Professional Soccer league since. Her big break came when Abby Wambach was injured in 2008. She was called up to the national team and played in that years Olympic Games and hasn’t looked back since. America looks to her as the closing force which will propel the ladies to gold. 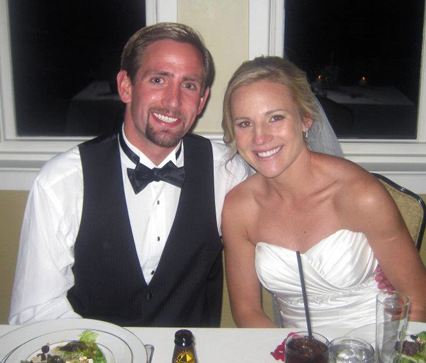