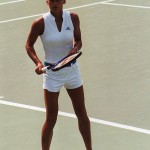 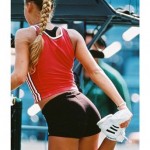 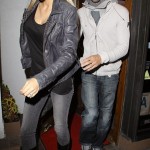 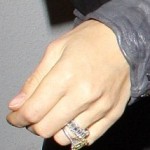 Anna Kournikova is a world famous tennis player from Moscow in the Soviet Union. Her ex husband Pavel Bure is an ex NHL hockey player who played with with the Vancouver Canucks, the Florida Panthers, and the New York Rangers. The two were supposedly engaged in 2000, married in Russia in 2001, and then divorced in 2003. However Anna’s agents deny any marriage ever taking place. Clearly this has been swept under the carpet for some reason. Anna was only 18 when she married Pavel who is 10 years older. Sounds a little scandalous to us.
Anna also dated Enrique Iglesias later on and even appeared as his love interest in Enrique’s music video for his song “Escape.” There have been plenty of rumors that Anna Kournikova married Enrique Iglesias in secret and then divorcing a few years later. However Anna stated in 2010 that her and Enrique have been together the entire 8 years.
Anna has now taken her fitness prowess to the hit reality show The Biggest Loser on NBC. Anna is one of the trainers and has been selected to help with the older people competing on the show.
Now, despite being one of the worlds biggest tennis stars she never won a WTA singles title. This begs the question, how do we define Anna Kournikova?
We struggled with the title of this post just because we don’t know how people view her?
Pavel Bure’s ex wife Anna Kournikova?
Anna Kournikova’s husband Enrique Iglesias?
New trainer on The Biggest Loser, Anna Kournikova?

How do you define her? 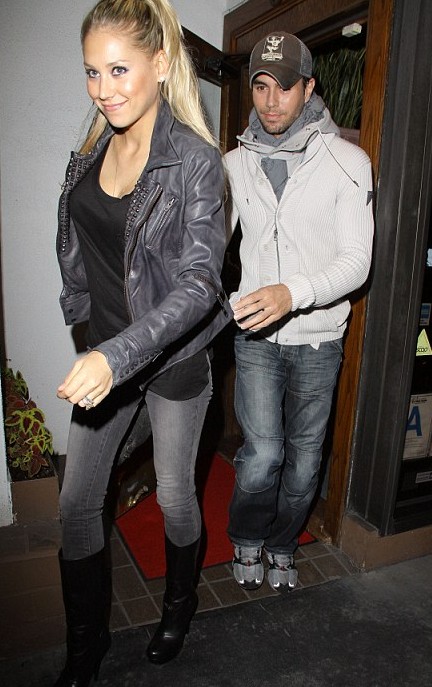