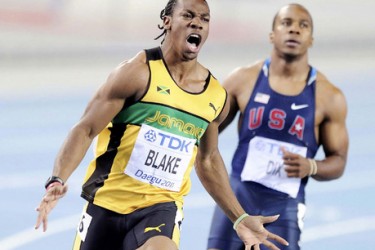 We’ll be upfront on this one – Yohan Blake does not appear to have a girlfriend currently. And who could blame him? After besting the fastest man in the world, Usain Bolt, not once but twice in the Jamaican Olympic trials, he has a lot to focus on next month. He will be a frontrunner to win medals in the 100m and 200m sprints. But all that’s not to say he isn’t interested in women…

Prior to the 2008 Olympics, Blake was discussing his plans once he retired from running. In a moment that went surprisingly unnoticed, Blake indicated that he wanted to become a gynecologist. Why you ask? The female body is “fascinating” is why. Of course we’re a big fan of women and their bodies of work (awful pun intended), but that’s taking admiration to a whole new level.

There’s also no documented dating history for Blake, but he’s definitely had his chances. In 2007 he broke the Jamaican Junior record for the 100m and all hell broke lose. Blake was getting calls at all hours of the day from women, most of which he had never met let alone given his number to.

Also noteworthy is that Blake consumes 16 bananas every day. This is part of his diet in an effort to replace potassium that he loses when practicing or racing. Given his career aspirations though, it just seems like a really odd choice. 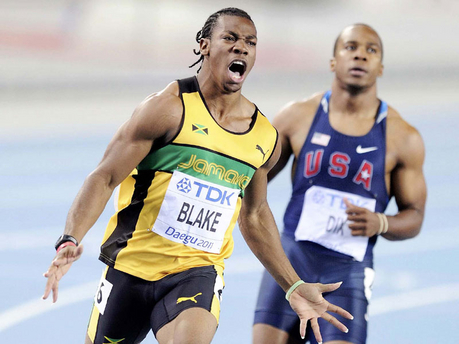