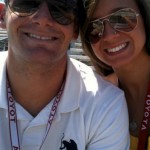 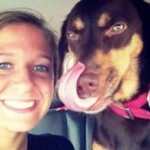 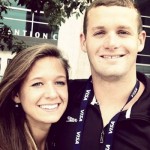 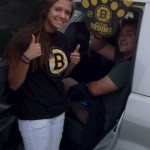 We’ve covered Michael Phelps. We’ve covered Ryan Lochte. But there’s a third US men’s swimmer that you really should know about, and that’s Tyler Clary.

While he is not the household name of the other two, Clary certainly made a name for himself during the Olympic trials. He finished second behind Lochte in the 200 meter backstroke and Phelps in the 200 meter butterfly. Shortly following the trials, he made an even bigger stir by calling out Phelps. Sighting his lackluster training effort, Clary basically said Phelps was lazy. “I saw somebody that has basically been asking to get beat for the longest time.” Although his prediction came true (Phelps failed to win gold in the 200 meter butterfly), he was nothing but respectful for his training partner. Maybe it had something to do with his 5th place finish…

While he may have lost some fans with his comments about Phelps, one person in London that is still cheering him on is Tyler Clary’s girlfriend Caroline Kosciusko. Caroline was also able to support Tyler Clary at the Olympic trials in Omaha. Kosciusko knows a bit about swimming, having competed during her college career at Springfield College.

Clary and Kosciusko met last summer at an Olympic training center in Colorado. Clary was obviously there for swimming, but what isn’t obvious is why Kosiusko was there. She was actually recruited by the US team to compete in the pentathlon. And while she didn’t ultimately make the squad for London, their relationship seems to have made the cut.

Kosciusko graduated from Springfield College in May 2012 with a degree in computer graphics. In glancing at the work on her website, we feel like she won’t go jobless for long. 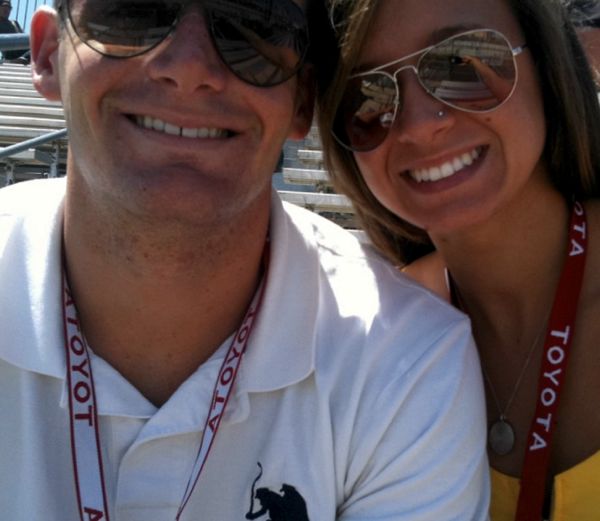