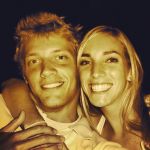 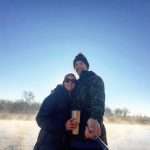 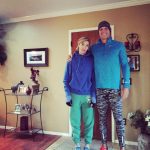 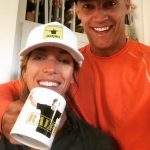 Trey Hardee’s wife Chelsea Hardee is no stranger to the track, but she better get her fix of it soon. This couple just announced that they are expecting. They made the announcement in early June, but the baby is due in November. So they have known for some time but have just shared it publicly. Trey made the announcement by putting a picture of himself with an addition sign and a picture of Chelsea and then finally an equals sign with a picture of the sonogram or ultrasound or whatever that weird blue image of a baby in a stomach is called.

Based on what Chelsea says about herself, she was an all-around athlete like Trey is.  Trey Hardee’s wife Chelsea is moving from the professional field to motherly field, despite only marrying last September. She describes herself as a “retired Nike and Red Bull athlete.”  I guess that means Red Bull and Nike would pay her to compete. She is now part of foundation that helps families deal with cancer by providing counseling and therapy. The foundation seems amazing, and it shows the good nature of Chelsea that she’d devote herself to the cause.

The couple owns two full-size dogs that look like breed mixes, and they adopted both. Trey Hardee’s wife Chelsea calls the dogs her “lifting partners.” Like I said, she’s an athlete. These two are in such inhumanly good shape, you could probably ask them to build you a house and they’d do it for exercise. Trey calls Chelsea her “Puff.” They like to go on all kinds of traveling vacations where they hike and camp. The super-athletic and healthy tend to gravitate to the outdoors. 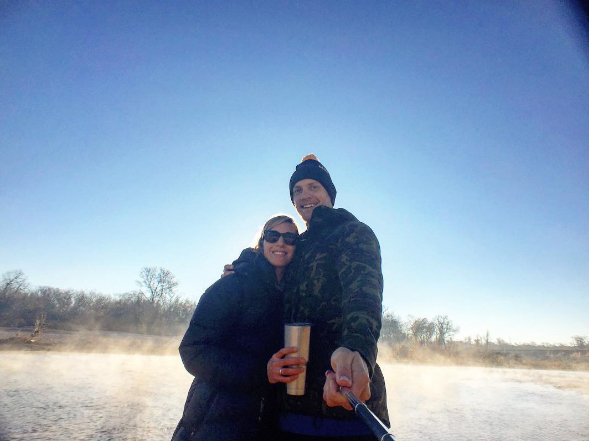