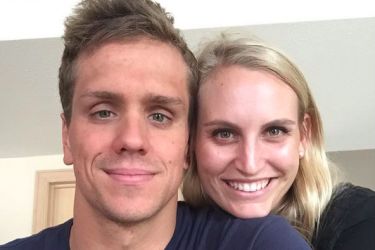 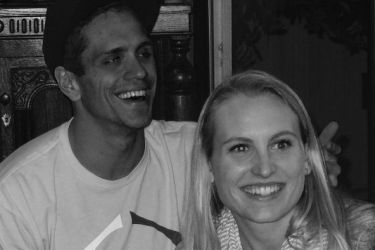 Tom Shields’ wife Gianna Shields is a lovely blonde lady who greatly appreciates his butterfly technique. He did place second at the butterfly in the trials, after all. Gianna herself enjoys being outside and riding horses on trails. They live together near Berkeley, California, and the area provides some good opportunities to roam the trails. Just about two months ago, the couple traveled to New York City to celebrate Tom being on the front of a box of Corn Flakes. He split the honor with a couple other Olympians.

A few weeks before that, Tom Shields’ wife Gianna Shields was out on the trails again. This time, she was mountain biking with some close friends. A few weeks before that, she was participating in a race in Bozeman, Montana called the “Run to The Pub.” That’s nothing compared to the triathlon she participated in just a few weeks prior. This lady loves being outside and being active. That’s a common trait among wives and girlfriends of Olympians. You can imagine how active Olympians are, so it makes sense they couple up with people just like them.

They do find time to go out on dates. Having no kids makes it pretty easy unless Tom is training. Awhile back, Tom Shields’ wife Gianna was involved in teaching a medical career class. That leads me to believe that she herself was or even still is involved in medicine. My guess would be physical therapy, but that’s just conjecture. She’s only twenty-four so whatever she’s involved in probably isn’t as intense as being a medical doctor. The couple have been married for about a year and a half. Gianna is one of those types who calls her husband her “best friend” every chance she gets. There’s nothing weird about that, but she makes it a point to do it repeatedly. We get it! You guys get along really well. That’s why you got married! 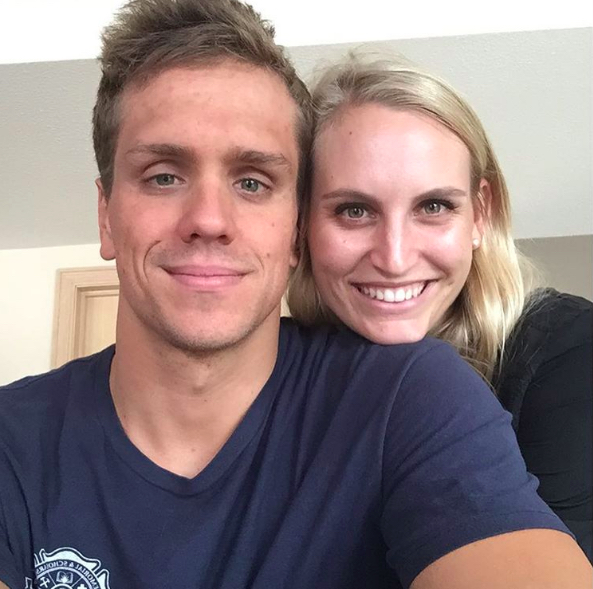