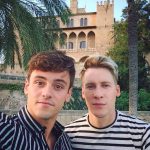 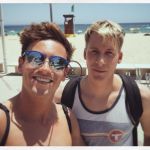 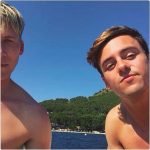 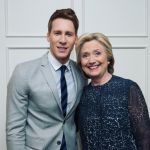 Tom Daley’s boyfriend Dustin Lance Black is an Oscar-winning screenwriter. He also directs movies and does extensive work on the HBO show Big Love. He is an Academy Award winning screenwriter for the movie “Milk.” He is also pretty influential in Hollywood for LGBT rights. Black is a founding board member on a foundation called the American Foundation for Equal Rights.

The whole hubbub about Tom Daley’s boyfriend Dustin centers around his coming out of the closet. Daley initially stated he was bisexual, but he revised his statement a few months after. Daley released a video on YouTube where he said he was gay. He also admitted to his mother that he was in a gay relationship with Dustin a short time before that. She seemed to take the news smoothly, as most mothers would. Tom has said that Dustin gave him the strength to come out of the closet and embrace who he is.

I suppose it only really matters to girls who hope for a crack at the Olympic diver. Most people in Europe and America don’t bat an eyelash about someone being gay in 2016. Tom Daley’s boyfriend Dustin Lance Black has a pretty interesting social media presence. Because of his involvement with the foundation mentioned above, he meets with some pretty influential people. Hillary Clinton posed with Dustin for a picture in mid July. While difficult to exactly pin down the reason for the meet, it sure looks foundation related. Another cool inside Hollywood picture that Dustin’s posted is a picture of screenplay notes that he’d gotten back from a trusted advisor. The feedback says, “It’s superb.” When a screenwriter gets notes like that, Dustin says it’s time to raid craft services and gorge on cake. 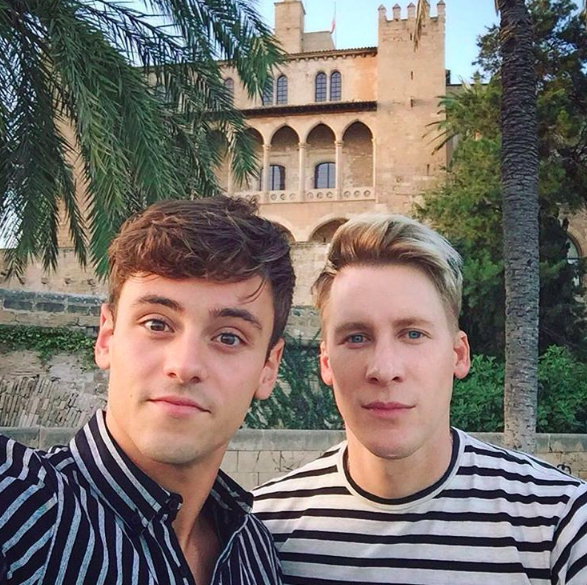