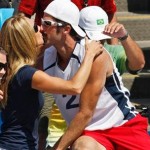 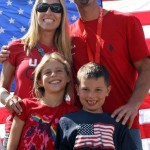 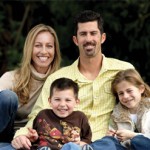 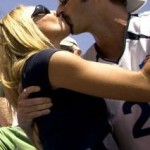 Yesterday, we introduced you to Phil Dalhausser’s wife, Jennifer Corral. Dalhausser’s partner, Todd Rogers is the other half (albeit the less physically terrifying half) of the reigning men’s beach volleyball Gold medal duo, and like his partner, has done fine for himself off the sand.

After taking home two All American titles during a career at UC Santa Barbara, Rogers left school with a degree in Religious Studies. Likely seeing the career paths associated with degrees in religious studies, Rogers decided that he would take his talents to any beach, and give professional volleyball a try. He originally set out giving himself a three year trial in pro volleyball, but after walking onto the tour and taking home the 1997 Rookie of the Year, he never looked back.

Aside from winning Gold in the 2008 Beijing Olympics, Rogers has racked up a number of awards in the sand. In addition to 77 career victories, and almost $4,000,000 in tournament prize money alone, he’s also taken home 5 Defensive Player of the Year awards, an MVP, the USA Volleyball Player of the Year award, and dozens of accolades as one half of a beach tandem.

As we seem to learn time and again, Rogers has had the steady influence outside of his “work,” as well. Todd Rogers is married to Melissa Masonheimer Rogers, and the couple has two children together; daughter Hannah and son Nate. The entire family has lived in Solvang, CA since 2002, which Rogers admits to choosing based on a slower pace of life than Santa Barbara. 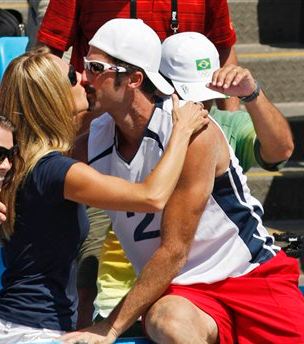