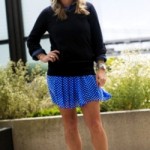 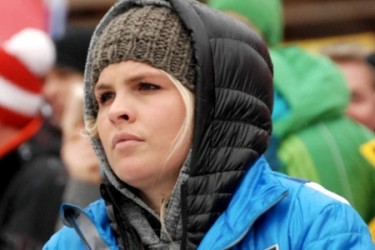 With the Winter Olympics around the corner why not take a look at some of the USA’s most promising competitors; and of course their significant others! Meet our first winter Olympian Ted Ligety and his girlfriend Mia Pascoe. For those of you who may not be familiar with Ted Ligety, he is an athlete who has built quite a following in the Alpine skiing world after taking the gold at the 2006 Winter Olympics in Torino. Ligety is also a three time World Cup champion and a six time U.S National Champion. Not too shabby! Even though training for the 2014 Olympics and competing around the world most likely takes up the vast majority of his time, Ted has been spotted out and about with reported girlfriend Mia Pascoe.

As an Olympic athlete it only makes sense to date a woman with athletics in her blood. Mia Pascoe, a former midfielder at the University of Colorado, is the daughter of a Williams College football all-star. She also followed in her sister’s footsteps who played soccer for the CU Buffs during one of their best seasons in history. Mia’s current life is a bit of a mystery but we do know she complements Ted quite well, as they both sport flowing blond locks and sparkly white smiles.

In the October Issue of Outside Magazine Mia and Ted were reported to be living together in a 5,600 square foot Park City Utah chalet just minutes from the slopes. They have also been seen cozying up at an Audi event in January 2013 and snapping photos after several of Ted’s victories along with his parents and siblings. As the 2014 Olympics kick into gear, be on the lookout for Mia cheering on her man as he hopefully skis his way to another Olympic gold!