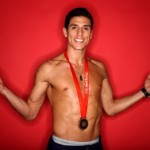 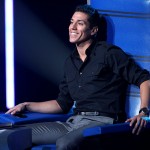 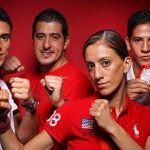 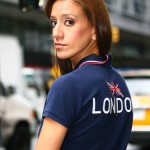 I won’t begin to say I know a thing about Tae Kwon Do. I have no clue what the difference between Tae Kwon Do, karate, jiu jitusu or any other form of martial arts is. The only time I hear about Tae Kwon Do is in reference to a UFC fighter. So sorry to all our Tae Kwon Do fans out there but this is probably the only post we will every put up for the sport. However we definitely need to get up a post about the first American family of Tae Kwon Do the López family, specifically Steven and Diane. I think calling the López family the first American family of Tae Kwon Do is a pretty safe statement to make as both Steven and Diana qualified for the 2012 Olympics in London. The other Lopez siblings are involved as well; Mark López, failed to qualify in 2012 after taking home silver in Beijing and Jean Lopez coaches all of Team Lopez. As the only Lopez without Olympic hardware, Jean has to be considered the black sheep of the family, right? Poor guy.

Let’s start with some info on Diana. This will be her second Olympics, having earned a Bronze medal in the 2008 games in Beijing. Now for the all important question on this website, does Diana Lopez have a boyfriend? The answer is yes. Joe Rogowski, who is the strength and condition coach for the Orlando Magic is the lucky guy to tame Diana. Not sure if he still has a job after all the changes with the Magic but he does score big points with us for hooking up with Diana.

As for Steven this will be his 4th Olympics, winning two golds and a bronze in past games. For those readers who think Steven looks familiar but have never heard of Tae Kwon Do before you might recognize him from one of two places. Steven was named one of People Magazine’s 50 most beautiful people, which of course brings a certain level of notoriety. Glad to see Steven capitalized on his by……hitting up a dating game show on Fox called THE CHOICE. I’ve only heard about the show because the episode Steven was on included a one Mr. Rob Gronkowski and one of the Kardashian kids but I’m sure the show will be a huge ratings hit for Fox. The ironic thing about this decision is that Lopez turned down the chance to be The Bachelor in 2004, which is clearly a much, much bigger opportunity. Safe to say unless the girl he met on the show a few weeks ago has worked out Steven is very single and looking, albeit in all the wrong places. 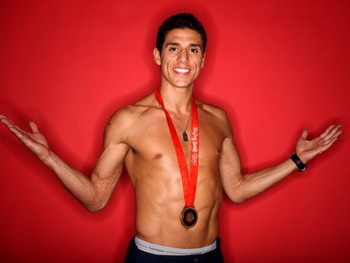