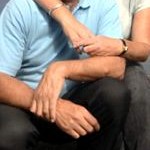 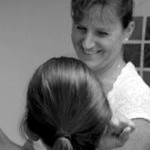 The bookmaker’s favorite before the recent surge by Sir Roger Bannister, we present to you another potential to light the London 2012 Olympic flame, former Olympic rower Sir Steve Redgrave and his wife Lady Ann Redgrave. For his part, Sir Redgrave believes himself unlikely to be chosen to light the Olympic flame – though the bookies clearly disagree. For our part, we understand the allure. Claiming a rowing Gold medal in five straight Olympics, over a 20 year span, is an incredible achievement. Almost as incredible, Redgrave married another rower, Ann Callaway, who is quite accomplished in her own right.

Ann Callaway rower in the Women’s Eight in the Los Angeles Olympics in 1984 before becoming qualified as a Doctor of orthopaedic surgery from Charing Cross Hospital Medical School in London. While on leave from her doctoral duties to perform in the 1998 Seoul Olympic Games, Ann Callaway took an interst in osteopathy. In the same year as the Seoul Olympics (we’re not sure if it was before or after), Ann Callaway became Ann Redgrave, marrying fellow rower Steve Redgrave. Choosing to pursue her new interest in osteopathy, Ann attended the British School of Osteopathy and earned her qualification in this field in 1990.

Although Ann eventually retired from professional rowing, she went on to become the Chief Medical Officer for the Great Britain Rowing from 1992 and 2001. In addition, in late 1990, Ann helped to open The Redgrave Clinic. As if all of that weren’t enough for someone post-retirement, Ann has since been awarded honorary degrees from Loughborough University in 2001 and the University of Staffordshire in 2004 as well as a medal of honor from Great Britain rowing in 2001.

Being quite content (and accomplished) in her own retirement, Ann took steps to encourage her husband to retire as well. Steve Redgrave’s wife actually bought him a Jaguar XJR (capable of going over 150 mph) in a quest to convince him to retire after his fifth Olympic games at age 38. Redgrave joked that if he didn’t retire, it would likely cost him his married and acquiesced Ann’s request.