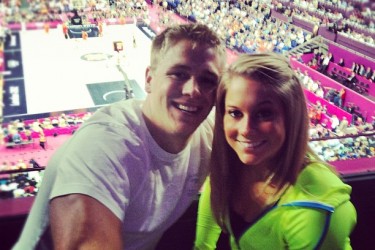 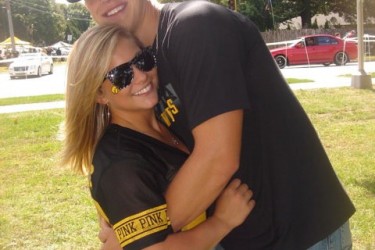 Shawn Johnson has enjoyed a meteoric rise to fame since her 2008 Olympic games, but has stayed true to her roots in Iowa. After her silver medal in Beijing, Johnson furthered her celebrity with a stint on ABC’s Dancing With the Stars. After that run ended in 2009, Johnson returned to Des Moines area where she continued to train in an attempt to make the 2012 US team. Though a knee injury ultimately derailed her efforts, all that time in the gym was not lost.

Shawn Johnson’s boyfriend Ryan Edwards is also from the Des Moines area and it was Johnson’s gym where the couple met for the first time in 2010. Edwards played defensive back for the University of Iowa football team.

Pictures started circulating of the two at the Twilight premiere in June of 2010, where Edwards was called only, “a friend from Iowa.” Johnson first acknowledged her boyfriend the way most socially conscious young athletes do now,… by Twitter sending a picture and saying, “MY Hawkeye :) Love him <3.” Later, she went a little further on the topic, during an interview with the Des Moines Register in September of 2010:

It’s great to have him. He gives me a life outside of gymnastics and a distraction, and he’s my biggest supporter and cheerleader and he keeps me grounded. He’s an amazing athlete and he works out every day, and we have that in common.

Johnson will take another crack at the mirrored ball in the All Star season of Dancing With The Stars, 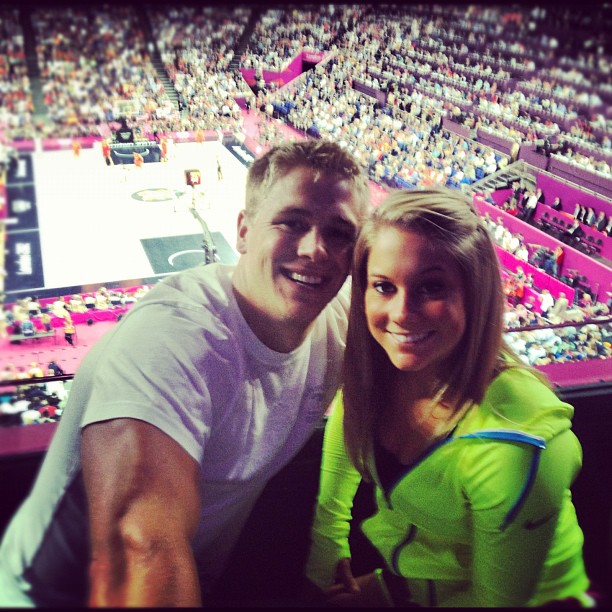