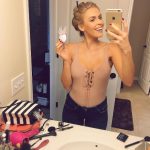 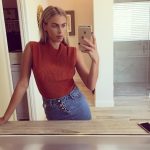 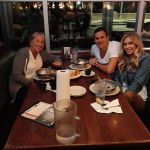 Life is good for Mr. Lochte. Ryan Lochte’s girlfriend Kayla Rae Reid is in a head-to-head battle for Instagram followers. Right now, Ryan has the lead by about 100,000 but Kayla is closing in fast. I think she looks a lot like Darryl Hannah. In July she posted a fairly long post about how insecure she feels when she gets a breakout. Poor you, Kayla. Life is hard. One of the funny quotes from her breakout post was, “I hope just by hearing a bit of my little story can help anyone else feeling not like themselves, that it is normal and you are not alone.” Really doing the Lord’s work there, Kayla! The world thanks you for sharing your turmoil. We know with your strength you will get through your troubled time. The breakout will subside! It must!

I won’t pick on Ryan Lochte’s girlfriend any more. She’s a sweet girl with a fairly firm grasp on reality. At least, she understands reality as a young beautiful model. I would bet that thousands of girls wish they could date Ryan Lochte. But, he’s probably the best looking dude in all of the Olympics. Apparently Ryan witnessed a car accident back in May where a 67 year-old woman was killed. He shared it on social media, and Kayla reshared it and commented on it. It was a fairly grim note to an otherwise constantly upbeat stream of posts.

I do happen to agree with Ryan Lochte’s girlfriend about wearing glasses. She says she becomes instantly smarter when she puts them on. I’ve always said the same thing about glasses. Kayla has also said she’s inspired by the fear of being average. Well, she certainly doesn’t look average, but she already knows that. I think that’s sort of the point of her being a Playboy Playmate. Whether or not she has anything interesting to say, though, is another story. It’s hard to find quotes on her social media that aren’t funny for the wrong reasons. 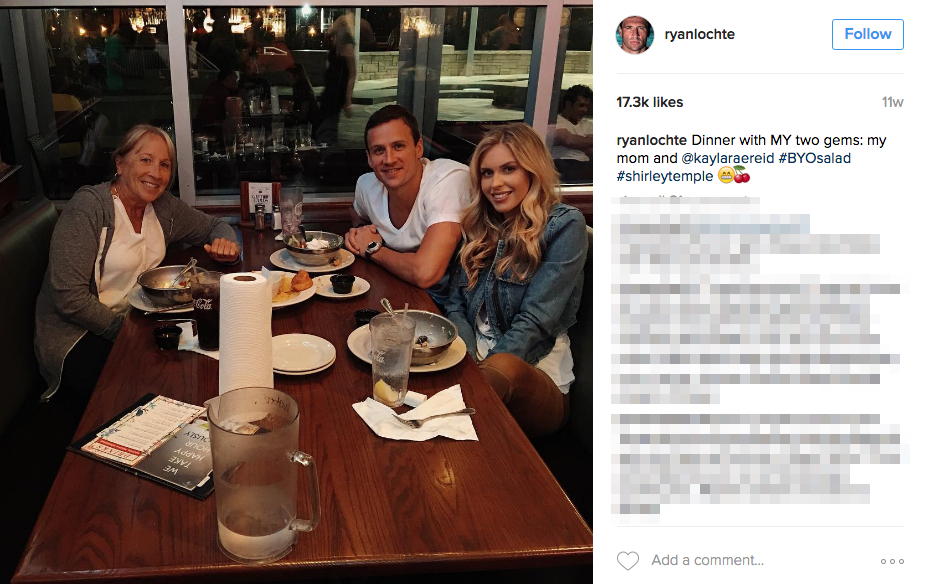