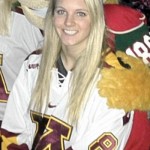 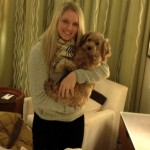 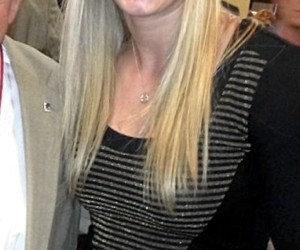 Ok Hockey fans, you’ve most likely heard of Phil Kessel, the rough and tumble right wing for the Toronto Maple Leaves; but this winter get ready to see a lot of Phil Kessel’s sister Amanda Kessel. Amanda is a senior forward who has been making hockey headlines since her freshman year as a University of Minnesota Gopher. In the 2012-2013 season she led the nation in scoring with a whopping 101 points and in her three years at Minnesota has scored over 200 points total. Also as a Junior Amanda was named First Team All-American and she received the prestigious USA Bob Allen Women’s Hockey Player of the Year award. I could truly spend all day listing Amanda’s impressive accomplishments in the sport of Women’s Hockey, so it is no surprise that the USA Olympic team has swiped her up. That’s right, Amanda will be taking her senior season off and trading in her Minnesota maroon and gold for red white and blue.

Phil is definitely a proud big brother, as he has congratulated his sister for her national championship win as well as asked his Twitter followers to vote for Amanda for player of the year. Despite his family support, Amanda, Phil, and brother Blake admit to being ultra-competitive with one another. In a 2012 article in the National Post Amanda’s mother noted “Our kids are competitive. Terribly competitive. They don’t fight, but they have a temper. Someone always has to win. And that meant that there was always someone not happy.” Amanda echoes the sentiment with “I think we’re almost too competitive Sometimes we’d get banned from playing games against each other. No one really likes to play with our family. I don’t know how many putter heads have gone completely into the green.”

While Phil has been called an “Ogre,” for his wide build and tough exterior, Amanda’s striking blue eyes and long blond hair will definitely not earn her the same title. However, don’t be fooled by her looks, she’s a fighter whose aggressive skating style looks a lot like Phil’s. It’s pretty obvious here that growing up in such a competitive athletic family with two older brothers to contend with is a major factor in Amanda’s success. All we can say is watch out for Amanda kicking some serious international &%$ as she takes the ice in Sochi in 2014.