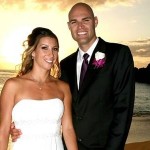 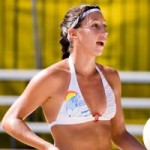 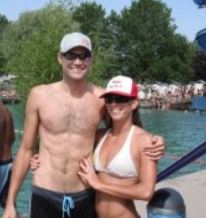 Phil Dalhausser’s wife is Jennifer Corral, a fellow beach volleyball player. Jennifer played collegiate volleyball at Ventura College before transferring to Tennessee State. Her sophomore campaign at Ventura was quite impressive. Jennifer was named both the Women’s Volleyball Athlete of the Year and the Academic Athlete of the Year for the Western State Conference. The 30 year old Corrall played in a few AVP tournaments, though as of publishing in July, 2012, appears to be inactive on that circuit.

Beyond her various AVP tournament appearances, not much is known about Phil Dalhausser’s wife Jennifer Corral. Jennifer is from Thousand Oaks, CA, but the couple lives a scant 30 minutes away in Ventura, CA. The couple married October 16, 2011. They have two children, Sebastian and Sofia.

As we continue to see time and time again, it comes as no surprise that his wife shares a similar occupation. Being married to a fellow volleyball player has it’s perks. Phil accompanied his wife Jennifer to a doctor’s appointment recently. Jennifer had to have her knee drained. She asked that the doctor check out Phil’s arm while they were there. The doctor saw the swelling in Phil’s arm and hand and quickly sent him for imaging. The imaging scans found two blood clots and likely saved Phil from even bigger problems down the road. Especially when you factor in the constant flying that Phil must do for his career. One could certainly make the argument that catching those blood clots early may have saved his life.

Phil Dalhausser is half of the reigning Gold Medal duo in men’s beach volleyball, alongside partner Todd Rogers. Standing at an imposing 6’9″, Dalhausser spends most of his time in the sand gearing up for various tournaments and competitions. 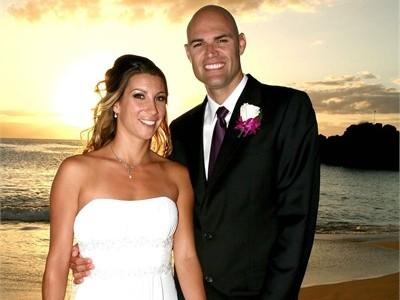