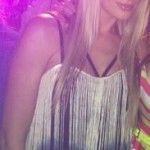 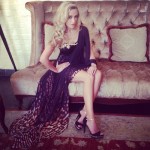 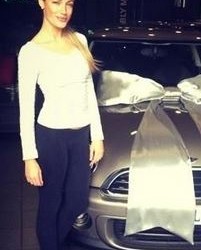 Well this isn’t the way Valentine’s Day is supposed to go.

2012 London Olympic hero and inspirational double amputee Oscar Pistorius, also known as Blade Runner, is accused of murdering Reeva Steenkamp, who also happens to be Oscar Pistorius’ girlfriend. The South African model Steenkamp, allegedly went into Pistorius’ home between 4 and 5am to prepare his Valentine’s Day surprise, when Pistorius allegedly shot her four times, including the hand and head. Initial reports indicated that Pistorius told police he thought Steenkamp was a burglar breaking into his home.

A New York Times profile on Pistorius in January of 2012 discussed Pistorius’ firearm enthusiasm at length. The piece recounted a story of Pistorius taking a gun to confront someone he assumed to be breaking into his home after his security system went off. This turned out to be a false alarm, and no one was actually in the home, however does demonstrate this wouldn’t be the first time he’d done this if his version of events is proven true.

Additional reports have come to light following the death of Steenkamp which outlines that there have been repeated calls to the Pistorius address in recent months, reporting to calls of “allegations of a domestic nature.” While the media world went abuzz with the third most insane sports story of 2013 (behind Lance Armstrong and Manti Te’o), there are more reports of a darker side to Pistorius. Blade runner is alleged to have threatened to break the legs of a man he accused of cheating with his then girlfriend (who was not Reeva Steenkamp, but another woman who was reportedly 18 years old).

Reeva Steenkamp was a model whose Twitter bio read, “SA Model, Cover Girl, Tropika Island of Treasure Celeb Contestant, Law Graduate, Child of God.” Her enthusiasm for Valentine’s Day was evident with a Tweet on February 13 reading, “What do you have up your sleeve for your love tomorrow??? #getexcited #ValentinesDay”

Reeva Steenkamp was born in Cape Town, South Africa, and was 29 years old.